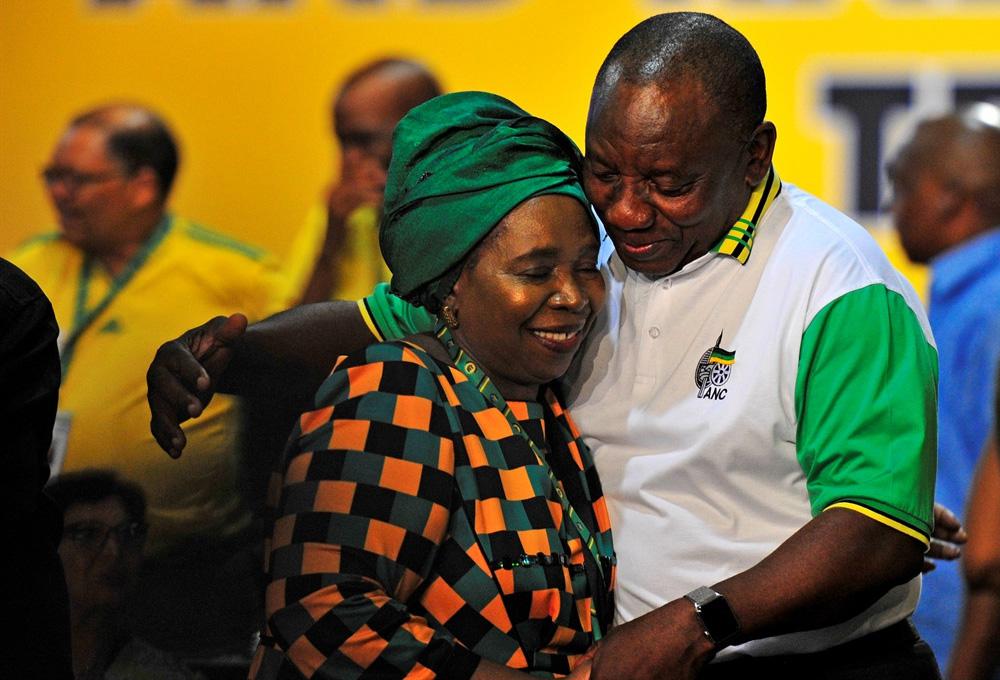 South Africa had a general election on Wednesday 8 May. The ‘New South Africa’ is now 25 years old. The 2019 vote was the sixth fully democratic election in the country, following the historic 1994 election. From 1948 until the early 1990s South Africa was governed under ‘apartheid’ – a system that involved classifying people into racial groups, forcing them to live in different areas and discriminating between them. The black majority in South Africa had no voting rights and were oppressed in many other ways, and the long queues of people waiting to vote for the first time in those 1994 elections were a moving tribute to the value of democracy.

The post-1994 non-racial constitution of South Africa is based on parliamentary democracy – people vote for MPs who are then responsible for electing a President and sustaining a government. The National Assembly has 400 members and is elected using a highly proportional electoral system in which people vote for parties and the party’s share of seats in parliament is matched fairly exactly to the share of the vote won by each party. There are also elections for the legislatures – mini-parliaments – of the nine provinces that make up South Africa, which also use a very proportional electoral system.

The African National Congress (ANC) has been the government party at the national level and most of the provinces since the transition to democracy. It was founded in 1912 as a movement for the rights of black Africans in white-governed South Africa and was the main dissident organisation during the apartheid era despite being banned for many years. The party itself is a broad alliance of political organisations, covering a wide range of ideologies from far left to big business. It includes the South African Communist Party (SACP), an important part of the anti-apartheid movement. It has also absorbed other parties such as the New National Party (NNP, the successor to the apartheid-era governing party). The President from 2009 until 2018 was Jacob Zuma, but he resigned following the loss of support from the ANC and was replaced by Cyril Ramaphosa whose political roots are in the trade unions.

The Democratic Alliance (DA) is the successor to the reformist parties that were the legal opposition during the apartheid era; its image is as a liberal to conservative white-dominated party but its support extends to other communities and its strongest area is the Western Cape province around Cape Town.

The Economic Freedom Fighters (EFF) are a newer political party founded by Julius Malema, who was expelled from the ANC in 2012 for his extreme rhetoric. It is a more radical left and black nationalist party than the ANC, and has continued the harsh rhetoric against white farmers for instance while demanding land redistribution.

Other smaller parties compete in elections but few have shown much staying power or growth potential, despite the highly proportional electoral system giving the chance to get representation even with a relatively small share of the vote. Political parties in South Africa tend to be highly disciplined and the split from the ANC that resulted in the formation of the EFF was the first substantial breakaway from the government party.

South Africa is a relatively prosperous and stable democracy compared to many of its neighbours, but democracy does not automatically solve social and economic problems. There was no shortage of pressing issues during the 2019 election. As in most countries the economy is the main worry for the voters. Unemployment is 27 per cent and is particularly high among young black people who are understandably frustrated. There are infrastructure problems, particularly with the electricity grid. The distribution of income and wealth is still very uneven – white people are still by far the richest ethnic group. Demands to expropriate (take away without compensation) farmland from white farmers has been one of the demands of the EFF and the ANC has been prodded to move more quickly on land reform.

Corruption has been a problem in South Africa, and has flourished because the ANC has been in power so long and there has been a culture of looking the other way rather than facing the problems. Former President Zuma now faces trial, accused of several such offences. President Ramaphosa promises that the issue will be addressed but many voters are sceptical.

South Africa has a high crime rate, with rates of murder, rape and domestic violence all being higher than in most countries. The police have struggled to cope and corruption by criminal organisations has weakened the force. The ANC’s campaign in the election admitted that gangs and violent crime were a severe national problem. Since 2014 the rate of increase of crime has slowed and even for some crimes dipped, but the level is still much too high to be acceptable.

The votes are still being counted but the broad picture of the results is already clear. The ANC has won another term as a majority government. Its share of the vote is around 57 per cent, which is very high by most standards but is a significant decline on the 62 per cent the party won in 2014. In 2004 the ANC won just under 70 per cent. The Democratic Alliance held nearly steady at 21 per cent and the EFF increased its support from 6 per cent to around 10 per cent. 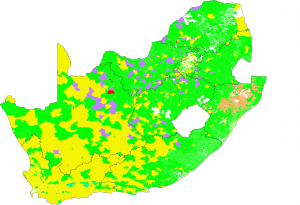 In the provincial elections the ANC has won a majority in at least 7 of the 9 provinces – the other two being Western Cape where the DA retains control and Gauteng (the area around Johannesburg) where the vote is still being counted and the ANC share is 49.9 per cent.

While Ramaphosa and the ANC have won the election, they face some formidable problems in governing. They need to make government more effective, honest and accountable being. Redistributing economic benefits in favour of the large number of people who are currently in poverty is necessary to stabilise democracy, but the ANC also needs to build infrastructure and encourage economic growth. It will have opposition from the free-market liberal side from the DA, and from the populist extreme left from the EFF.

Brief history of South Africa via The Conversation
http://theconversation.com/world-politics-explainer-the-end-of-apartheid-101602

Cyril Ramaphosa official biography from the office of the Presidency
http://www.thepresidency.gov.za/profiles/president-cyril-ramaphosa%3A-profile

Comment On South Africa’s election: 25 years after the miracle

Another useful overview thank you.