Spanish Politics: Is it time for Rajoy to Rejoice?

Home / Articles / Spanish Politics: Is it time for Rajoy to Rejoice? 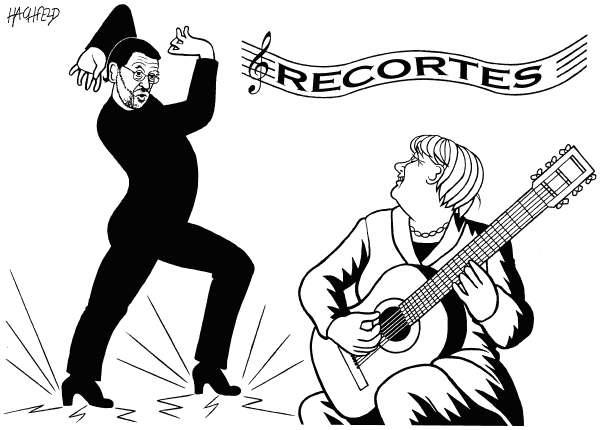 Spanish Politics: Is it time for Rajoy to Rejoice? 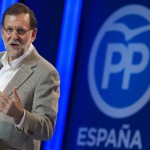 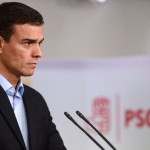 Pedro Sanchez, the leader of the Spanish Socialist Workers’ Party (PSOE), who has just resigned 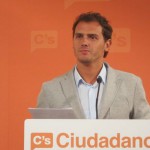 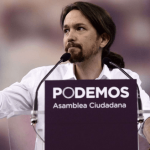 It cannot escape the deductive powers of the female eye that three of the guys above are pretty hot, for politicians; yet it is the other one who who holds the most cards and is likely to finally put an end to the political gridlock that has dominated the Spanish political scene for the last ten months.

Never before has the political backdrop of our European cousins held such sway for me: first of all, we’re leaving them and so I want to know what we’re missing; and secondly, the ever creeping threat of nationalist, insular sentiment, whether on the radical left or the radical right, is winding its way around Europe under our very eyes and if we don’t watch it, it will soon become too troublesome to cut down.

Pedro Sanchez of the Spanish Socialist Workers’ Party (PSOE for short) and incidentally, the hot one on the top right, has just resigned as its leader; much to the joy of some of its members and the despair of others.  The PSOE is the oldest political party in Spain (it was founded 137 years ago) and has ‘survived war, repression, scandal and bitter electoral defeat’ (Tobias Buck,  FT).  As such, it could equally survive its present quagmire.  The PSOE has represented those who were slightly to the left of middle ground, a position that many a Spanish voter has adopted.  It has ruled twice in democratic Spain: once between 1982-1996 and again between 2004-2011.  Tobias Buck in his recent article for the FT said they stood for ‘social progress and the welfare state, for Europe and for modernity’.  These are turbulent times that stand less for the notion of Europe and modernity and the open door policies that it brings along with it.

Why are we paying any attention to this?

For those who don’t know, and I didn’t until recently, Spain has been in a political gridlock since December last year when the ruling party, that would be the PP, did not gain enough of a majority in the general elections to continue on as leader, (although Rajoy still remains in place as an ‘overseer’).  Since then, two elections have been held and both resulted in a ‘hung parliament’; i.e. neither the right or the left have won a majority.  Furthermore, any attempts at forming a coalition government have been met without success.  In its current state, the Spanish government is unable to participate in EU debate (pretty important stuff right now); nor can it enact any legislation or pull together a new budget.  If the current dilemma is not solved, a third election could be on the cards before the end of this month.

Can we have a bit of history?

The ruling party presently is the conservative Popular Party (PP), which is headed by none other than Mariano Rajoy, who was elected Prime Minster on 21 December 2011 in a landslide win.  In the two subsequent elections that were held in the six months following the unsuccessful December 2015 elections, the PP did receive the most votes but it wasn’t enough for them to win a majority; a coalition government was the only solution: that or another election.

There are four main political parties in Spain: Rajoy’s party, the PP; Sanchez’s Socialist Workers’ Party, the PSOE; the radical left wing, recently born anti-austerity party, Podemos; and the centrist Citizens Party (Ciudadanos).  Whilst the Citizens Party were prepared to make concessions and sign a deal in support of Rajoy, (despite criticism of him in the past and on the basis of certain conditions being met), Sanchez was not.  The only way in which Rajoy could  achieve a majority and return to power would be if the PSOE abstained from voting, and Sanchez was not prepared to do that.

What was the issue?

Like many opposition parties today, the PSOE has been divided; the more centrist members were happy to align with Rajoy and those more to the left were not: Sanchez was not. Do they side with their old rival on the right, the PP, in order to end the political impasse, thereby preserving the status quo; or do they align with their new rival on the left, Podemos?  If they choose the former, they become part of the political mainstream and keep Podemos at bay; the latter they associate themselves with a more radical viewpoint and thereby risk alienating some of their supporters.

Sanchez had been happy to align with Podemos, the third largest party in parliament, in a bid to challenge Rajoy; however, there were enough centrists in his party to scupper that manoeuvre.  If the Socialists elect to align themselves with the PP, this falls right into line with the Podemos rhetoric that the two parties are in fact one and the same and that those two parties are merely enablers of the status quo.

So now the Socialist party in Spain is left divided, without a legitimate leader and somewhat confused.  Many believe that in this scenario, the party will opt for the status quo which would put an end to the political gridlock that has hung over Spain like a dark cloud for the last ten months.  Rajoy then would be reinstated Prime Minister for a second time.  They would do this by abstaining in parliament.

What percentage of seats do the various political parties hold?

The PP hold 137 of Parliament’s 350 seats.  The Socialists hold 84 and are the second largest bloc.  Should they abstain, Rajoy stays.

So why did Sanchez resign when he was so steadfast that he was not going to?

Basically, any political party needs a strong opposition and a party divided is not.  We have seen it here with Jeremy Corbyn as the leader of a divided Labour Party.  For the PSOE, having an immovable Sanchez was their Achilles heel, particularly in today’s political climate.  In times of uncertainty, and that is certainly something that faces Europe today, people need a strong government and that government has to be cohesive.

Has this happened anywhere else recently?

Yes.  Let’s take the example of Turkey back in 2015.  In the June elections, the conservative justice and Development Party (AKP) lost their majority.  As in Spain, those elections produced a hung parliament with no majority that was unable to reach an agreement with other parties and form a coalition government.  Over the summer there were a series of terrorist attacks in Turkey, many of which were pinned on the Kurdish PKK (a terrorist separatist group).  This created an atmosphere of fear and stirred up resentment towards the pro-Kurdish party, the HDP, who had done very well in the June elections.  Between that, the continuing threat of extremist violence from Islamic State militants and the massive influx of refugees arising as a result of the war in neighbouring Syria, Turkey was right at the geographical heart of a cataclysmic labyrinth with no apparent way out.  Erdogan exploited this fear and held a second election in November of that year, the results of which lowered the number of those in support of the HDP and other, less strong parties, thereby restoring the majority to the AKP.

I remember watching the Gezi Park protests in the summer of 2013 on the news and thinking that the majority of the Turkish electorate opposed the incumbent and conservative AKP, but I was wrong.  Those protesters were but a small percentage of an electorate who are in fact largely conservative and in desperate need of a strong leader; no more so than now.  Whilst we can criticise Erdogan’s increasingly authoritarian tendencies, it cannot be denied that he has balls of steel.

Should I be concerned about any other political stalemates happing in Europe?

Germany is another country that is experiencing a lack of political cohesion and is at risk of facing a crisis in the elections next year.   Like many other European countries, it faces an affront from those with less tolerant, more radical and extremist political views.  Traditionally Germany has always gone down the safer route by continuing down the road of the status quo, thereby providing more stability.  This, however, is changing.  One only has to look at the recent regional elections in the state of Mecklenburg-Vorpommen in the north east of Germany, formerly part of the GDR (German Democratic Republic or East Germany).  The xenophobic Alternative for Germany (AfD) leapt ahead of Angela Merkel’s Christian Democrats (CDU) in her own home state!  Whilst the AfD will never gain enough votes to become the leading political party in the Bundestag, their voice is increasing in volume and cannot be ignored on the political spectrum.

Sweden and the Netherlands, gladly, have formed alliances so as to keep the extreme parties out of power but France, who have also done this in the past, have borne the brunt of too many terrorist attacks recently continue down the same path with parties like the National Front rising in popularity and Sarkozy, with his anti-immigrant stance, coming back into a position of political prominence.  Greece, like Spain, has also become more extreme and to the left whilst further eastwards, the former communist countries of Hungary and Poland have become more extreme and to the right.

Why is the political climate changing so much?

Extremist parties gain if mainstream parties fail to offer any alternatives, and this is what is happening right now.  Our greatest challenge is confronting the rise of populist, nationalist, anti-establishment, anti-austerity and domestically insular political views.  It is an ever growing conundrum and is exhibited in the lack of cohesion across many political parties: align with the mainstream or embrace the extreme ideas of the radical alternatives.  This current trend channels the frustration of the young and unemployed and those who fear an increasingly violent world.  It is a disgruntled, disconnected, dubious, disempowered and economically dislocated electorate who have little faith in the existing establishment and what it has to offer.  What is emerging is a growing distrust of the elite and a rapid desire for change.  The parties of the extreme have exploited this political vacuum, raising the consciousness of former non-voters who have now awoken from their political slumber.  They have zoomed in on the growing sense of political dislocation amongst this demographic and have made them feel heard.

Now back to Spain …

So the question is, will the Spanish Socialist Workers’ party become less divided and reach an agreement across the board to abstain, thereby restoring Mariano Rajoy to power and ending the political impasse?  Who knows.  If this does happen after a few lacklustre, politically arid summer months, it can then be said that the Rain in Spain has finally fallen, and it has fallen mainly in Rajoy’s domain; so rejoice he should.  Whilst I’m at it, might I say that those flamenco heels look damned good on him (and Merkel’s not bad on the guitar either!)

For a closer insight into Spanish politics, have a look at the following:

5 Comments On Spanish Politics: Is it time for Rajoy to Rejoice?

Excellent article Sam.
Having lived in Spain for the last 20 years (and being half Spanish), I have followed the elections closely.
My favourite is Albert Rivera, a former Catalan swimming champion, very intelligent, judicious, highly educated and sporty. When he speaks in public he comes to me as an honest, very reasonable, down-to-earth, incorruptible and temperate person.
Unfortunately for him -as elections results suggest- only 13.5% of the Spanish population are like that.

Sorry, I withdraw the last sentence where I infer that only the 13.5 % of the Spanish population are honest and incorruptible. It is of course not true. I fell for ending my comment in a sensationalist manner.