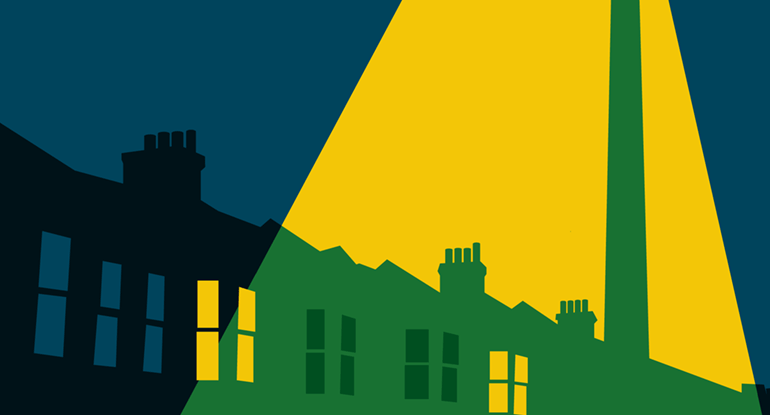 This week, news reports of the impending cold snap whipped the British public up into a frenzy with tales of Siberian snow storms set to ravage the UK. The ‘Beast From The East’ (as the polar vortex has become affectionately known) has had people panic-buying weekly staples from shops and the hashtags #snowmageddon and #beastfromtheeast trending on Twitter. Some users sharing photos of deep snow in areas such as Kent and despairing of the disruption on the road and rail services, others mocking the lack of snowfall in their areas.

Underlying the usual problems associated with bad weather in this country is the noticeable change in temperature, with the mercury looking like it will struggle to get above zero most days this week and dropping to -6 Celcius at night time. Winter is always a dangerous time for rough sleepers and this weather in particular is providing serious cause for concern.

Rough Sleeping in the UK 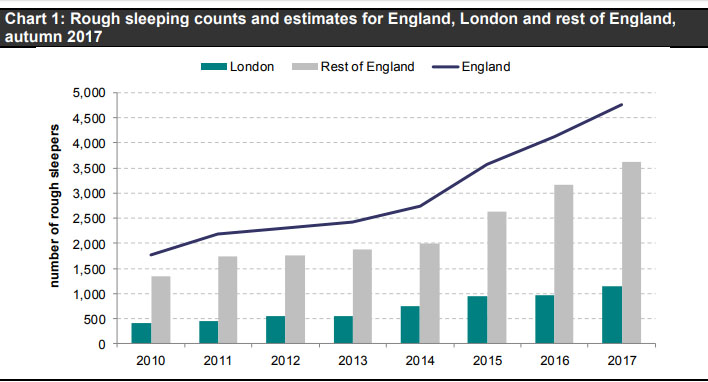 StreetLink exists to help end rough sleeping by enabling members of the public to connect people sleeping rough with the local services that can support them.  It is a service delivered by Homeless Link in partnership with St Mungo’s and funded by the Department for Communities and Local Government, the Greater London Authority, and the Welsh Government.

How does it work?

If you are concerned about someone sleeping rough, send an alert to StreetLink by visiting www.streetlink.org.uk, via the mobile app, available for Apple and Android devices, or by calling 0300 500 0914.

The details provided by a member of the public are sent to the local authority or outreach team concerned, so they can help connect the person to local services and support.

The person submitting the alert receives details of the action the local authority normally takes when they are told someone is sleeping rough.

StreetLink also contacts the council within ten working days to find out what has happened as a result of the alert and, if requested, provides the person who made the referral with an update.

Why was it set up?

Anyone can become homeless, and sleeping rough is not only dangerous but can also have a long-term effect on an individual’s health.

Evidence suggests that some individuals sleeping rough may not be known to local services; while not all rough sleepers are aware that advice and services are available to them.

StreetLink aims to help address this by providing the first step the public can take to ensure rough sleepers are connected to the local services and support available to them.

One in every 200 people in UK are homeless, according to Shelter, Guardian

3 Comments On StreetLink: Helping rough sleepers in the UK

Is there a streetLink Wales or are you just based in London England please .If there was one based here ,as I live in Cardiff is there a similar welsh based organisation ..Thanks anyway back to you at StreetLink England ,keep up the very good work and may it continue on to you .

Hi Johnathan. Yes StreetLink is also available in Wales. Please check out the StreetLink website for information on how you can report a rough sleeper and help them find a warm bed for the night https://www.streetlink.org.uk/ We are not StreetLink, but we are helping to highlight the difficulties rough sleepers are facing during this weather and promoting the StreetLink site as it is a wonderful organisation.

Valuable information. Lucky me I found your website by accident, and I am shocked why this accident didn’t happened earlier! I bookmarked it.