Art and Literature: The Jewel in the Crown: Poem on the Arab Spring

Home / Articles / Art and Literature: The Jewel in the Crown: Poem on the Arab Spring

Art and Literature: The Jewel in the Crown: Poem on the Arab Spring 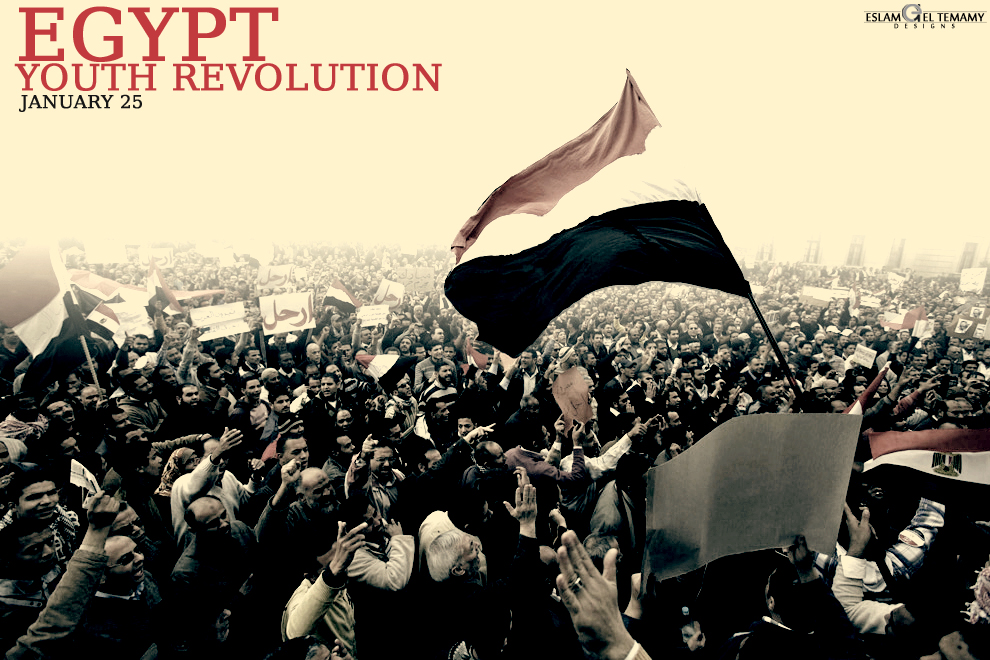 The Jewel in the Crown

Spring came early to those in Tahrir Square

Opponents of Morsi puncturing his regime, like a dart.

What hope for them, to forge a career?

A country where words were not spoken out of fear.

Their anger was fueled by the self-immolation

Of a young man in Tunisia, a victim of humiliation.

He was a market trader, a somewhat lowly station

Despite acquiring an advanced education.

One day his license was revoked

The authorities cajoled him and he was provoked;

They insulted his mother, struck her with ridicule

And in retaliation, he peppered himself with fuel.

Sad that this young man, with all his might

Had spoken to his superiors of his plight,

To them it was but recourse for a fight

and heavy of heart, he set himself alight.

All at once his voice, it soared,

Extending beyond boundaries of the regime he abhorred.

It crashed down walls and cried aloud

‘Reject servility, speak up, be proud!’

This martyr, his actions, worshipped like those of a king

Who onto the field of battle went,

Atop his horse his army he led

Knowing that many would soon be dead.

It clamoured, hammered and beat the drum

“Ezzay! How Come?” Was the song that it strummed.

Strong was the chorus; rampant but sweet,

No Cassandra there to prophesise defeat.

And like the Trojans, who to the Greeks fell,

In came the police, chiming their bell;

Raising their batons, stamping their feet

“Leave the Square, or with force, you’ll retreat”.

Change did come, but not without a price,

The regime it changed; not once, but thrice:

Mubarak, Morsi and then Sisi

And still my friends, no sight of the Free.

For a moment the doors had come ajar

A light of hope shining in from afar,

It slammed again shut, having been met

By those in power who disliked its flavour;

Change was not something their pallets could savour.

They rolled their tongues and spat it out

“Do not dissent!” was their ferocious shout.

And thus, with this iron willed riposte

The next generation’s hopes were lost.

The flowers that Spring had brought to bloom

Now littered the streets and were trampled with gloom.

What happens next? A society bitter,

Bereft of hope, no more impelled;

So many suffering a tortuous hell.

James Baldwin wrote in ‘The Fire Next Time’

That people cling to hate (like an alcoholic to wine).

Once hate is gone they are faced with pain

And so it breeds, this hatred bare,

Welcoming the weak into its lair;

It sows its seeds and feeds upon

Those who feel they don’t belong.

Hate reels them in like a long lost brother;

It cradles them in their nascent state

And teaches them not to love but hate.

And so upon the campuses green,

Granting a knighthood with the touch of her sword;

The charmer charmed the snake who rose to his internecine song,

It reared its head, not one, not two;

The charmer seduced the disillusioned few.

From the grasses of higher education they slithered

Their hopes reduced; their desires like old men withered.

The call to them was vituperative but sweet:

Heady with promise, they got to their feet.

And like three wise men with a different call;

Like the Snake that charmed Adam to his Fall,

All clad in white to deflect the sun,

The three men paid heed to the distant drum!

“Some for the Glories of this World; and some

Sigh for the Prophet’s Paradise to come”.

We can but weep for those susceptible lads

Who, stripped of purpose, are lured towards jihad;

So tempting are the promises in the afterlife

They far outweigh their moral strife.

They will not dwell for long in graves

A crown of honour placed upon their heads

At the centre of which, a ruby shines red.

A jewel that surpasses all jewels on earth,

Replacing all sorrow and loss with mirth,

Their cotton robes now made of silk

Those followers of jihad and all their ilk.

The wine of Omar Khayyam’s song

Is poured in Paradise where they now belong:

“Come, fill the Cup, and in the fires of Spring

Your Winter Garments of Repentance fling…

… so when that Angel of the darker Drink

At last shall find you on the river brink

And, offering his cup, invite your Soul

Forth to our lips to quaff…” and you become whole.

Drunk with the diction of this Prophet, not true

To the teachings of Islam; he is one of the few

Who represent violence, cloak it with prayer;

Beguiling others to enter his lair.

And so through crowded streets they went

“We will create a world anew”

Said he, atop his imagined pew.

“For years we have been demeaned and oppressed

By military dictators and an obsequious west.

Let them not continue to squander

That liquid black gold, while we wander

Tied and bound, beholden and without pride.

In their gilded palaces, their masked men hide

And lo! The hunter of the West has caught

The Sultan’s turret, our lives they bought”.

Ismael Pasha and his western dance,

Bankrupted Egypt and left it to chance.

When the Ottomans conquered Byzantine

The Romans, they had had their time;

Our glorious ancestors, how they did rule.

But then, how did the tables turn?

Once Ataturk had had his fun.

Gone was our history, our caliphate

Looking to Europe to cast our fate.

One thing is certain, that life Flies;

One thing is certain, the Rest is Lies.

“O’ come with me” their captor cried

The Flower that once has blown, forever dies.

This nascent song had resonance

For these young men, it was recompense.

The Fires of Spring were again within reach;

Their eyes shone tears for the brothers’ whose speech

Was commandeered by those afraid

Of losing their power, for they had been well paid.

The Bird of Time has but a little way

To fly – and Lo! They enter the fray…

“To Jihad” they are summoned, though they know it not;

Reeled in with promises, like the fish that are caught

By the fisherman’s net, or his hook and bait

And in time all three will suffocate.

The Worldly Hope men set their Hearts upon

Turn Ashes – or it prospers; and anon,

Lighting a little Hour or two – is gone.

The streets of the bazaars had lost their sound

And beauty they no longer found.

Images came and went before their eyes.

The girl with eyes of opal blue;

The trinkets with their golden hues;

The minarets and half moon spires

That gleamed and shone, resplendent of old empires.

And all the spices, piled up high,

But no more joy is left to them

These educated sons, these 3 wise men.

A different song rings through their ears;

A numbness replacing all their fears.

Now the charmer becomes the snake,

Sowing seeds of violence and hate –

And like the snake through the streets he slid

His cowardice beneath an ‘ideology’ he hid.

Gave way to a mirage of eternity.

The smells no longer found their nose

On and on, the snake, it goes.

And for those who for today prepare

And those that after a tomorrow stare;

A Muezzin from the Tower of Darkness Cries:

“Fools! Your Reward is neither Here, nor There”!

And lo’ at last the serpent saw

As the three men looked on with awe,

The height of colonial exploitation:

An abode of decadence built for an upstart nation.

It slides on through revolving doors

Past the doormen, over the marble floors.

On and on, to the other side

That sweeps in from the waters deep;

And yet he felt no cause to weep.

Round and round it went, around gilded feet

Of antique chairs, still no retreat;

His charmer’s pipe called them further on:

Paradise waits beyond this gate;

To open it, pull that chord around your gait.

Your sacrifice helps your fellow brother,

On reaching there, intercede for your sister and mother.

They too will be welcomed through the door

And achieve greater glory than they had before.

Don’t heed the others in this room

How dare they tell us what to do?

Indoctrinating us with their torrid views

Of immorality, of lust and greed

That conceit does ever their minds feed.

They do not abide by any laws

Far greater are you, with your higher cause.

“Kill or be killed, it is your choice”,

Said the serpent with his polluting voice.

And off they went to meet their brides,

Promised to them at the celestial gate

Where all their desires, they would they satiate.

What mess was there, the aftermath?

The innocent slaughtered in a bloody bath.

The East, the West, now a greater divide;

Where once they lay, side by side.

What is this vision of abhorrence?

It’s not the fault of TE Lawrence.

Is this your idea of divine,

We do not copy words for picture,

The words passed down to us in our scripture;

Nor should you from your Holy Book

Assume this ancient text gets you off the hook.

It’s peace, the Prophet taught, and respect for others;

We cannot look to the Medina days

Of the Prophet to divine our ways.

We have but one God, on that we agree,

So why not let the others be free?

What difference does it make to you?

If many worship, or a few?

What matters is that we bequeath

A world on which new life can be breathe.

We are not here to rip apart

The lives of those who have yet to start.

Let them have their innocence

And this be your recompense.

It is not human this conviction

To fight against man to his extinction.

Behold the warmth of the Golden Sun

Is blackened by the mighty gun;

Ashes fall instead of rain

Birds do not sing, but cry in pain.

What kingdom is this you leave behind?

A destitute waste for all mankind:

For those who breed intolerance and hate.

This is not the religion of Islam,

This example of man’s inhumanity to man.

It is the warped illusion of a certain people;

No mosque here, no synagogue, nor church with steeple.

No more do the market traders call

Selling goods and wares for all.

Nor does the girl with opal eyes

Live to bid her mother goodbye.

We do not turn the other cheek

In war, it leads us to defeat.

So sad that then, the ones we loved

We tore them to pieces with wretched gloves.

The photograph above is taken from the following: