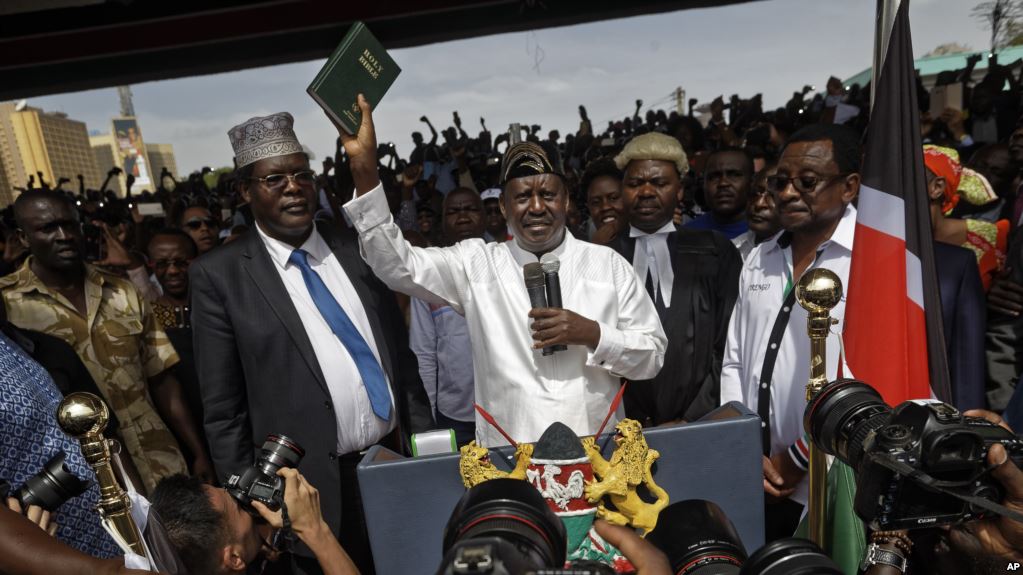 Yesterday, during an enforced national media blackout, Raila Odinga was inaugurated as the ‘People’s President’ at a ceremony in Uhuru Park, Nairobi, Kenya. Odinga and his National Super Alliance (NASA) party successfully challenged the integrity of the August 2017 general election that saw Uhuru Kenyatta re-elected for a second term. A subsequent re-run of the election in October saw Kenyatta win with 98% of the vote, with a turnout of only 39%. Odinga said the election was ‘fake’ and had boycotted it, hence the result.

It is a confusing and unsettling time for a country that is nervous of the violence that followed the 2007 national elections coming back to haunt them. 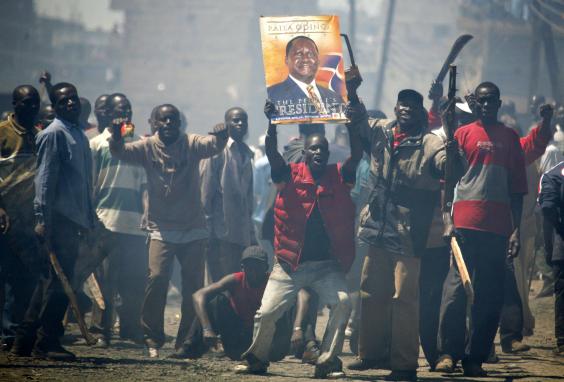 Who is the official President of Kenya?

Uhuru Kenyatta is the Kenyan president. He is the son of Kenya’s first president, Jomo Kenyatta. Uhuru was relatively free from scandal until twelve hundred people died in ethnic clashes and six-hundred thousand were displaced after the messy election of December 2007. Kenyatta was summoned by the International Criminal Court (ICC) for a pre-trial charged with perpetuating crimes against humanity. He was accused of planning and funding the violence by mobilising a politico-religious group known as Mungiki who were infamous for beheading people they were unable to recruit. Kenyatta cooperated with the ICC who eventually dropped the charges against him due to a lack of witnesses who seemed to disappear or die before the trial. 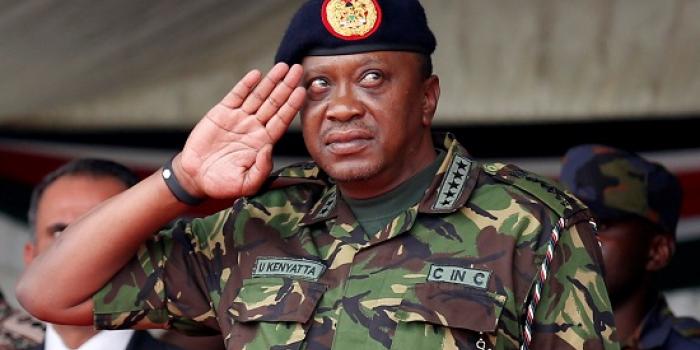 Who is Raila Odinga?

Odinga has been running for President since 1997 on various parties’ tickets. Following the violence and post-poll crisis of the 2007 election, Odinga was appointed Prime Minister in a power-sharing deal with incumbent Mwai Kibaki. He ran against Kenyatta in 2013 and came second, trying again in 2017 only for history to repeat itself.  Odinga is a formidable figure in Kenyan politics and is known by the electorate as ‘Baba’ because he was an MP at the same time as his father, Jaramogi Oginga Odinga. Oginga Odinga was the first Kenyan Vice-President after it became a Republic in 1964. Both are viewed as having led the charge for democracy in Kenya. 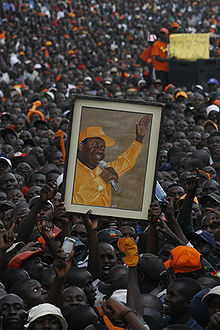 Why did Odinga contest the 2017 election?

The opposition suspected that the country’s electronic voting system had been hacked and the results doctored. The board overseeing the vote did not have all the tally forms when they announced Kenyatta had won and security features such as watermarks, signatures and serial numbers were missing. The Independent Elections and Boundaries Commission (IEBC) also refused access to its computer system so the accusations of hacking could not be disproved. Chief Justice David Maraga ruled that “the election did not meet the simple test. We are unable to validate the result” and the vote was nullified. Maraga added “If elections are not seen to be free and fair they can trigger instability. We do not need to look for examples.”

The promised electoral commission reforms that should have been in place for the re-run did not materialise which led Baba to boycott it.

Kenyatta managed to avoid the microscope as the opposition were unable to provide evidence showing that he had campaigned using state funds or used undue influence.

The 2017 election wasn’t the first contested by Odinga. The Kriegler report was commissioned to investigate the violent aftermath and alleged vote-rigging of the 2007 elections. It found that there were 1.2 million dead voters included in the register, raising doubts about the integrity of the election that saw Kibaki come out on top. Baba had disputed the election results alleging fraud by the electoral commission, but did not follow the due process of petitioning the courts believing they were controlled by Kibaki and could not guarantee a fair or impartial hearing. 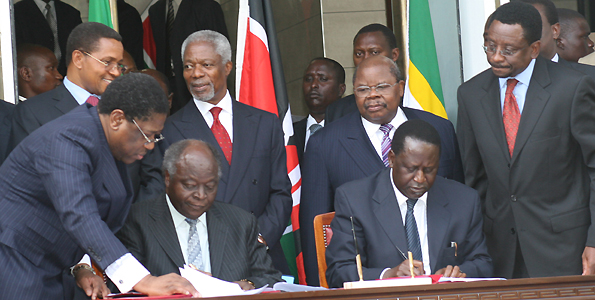 “I, Raila Omolo Odinga, swear that I will protect the nation as people’s president, so help me God,” Odinga, who held a bible, said to a cheering crowd of over 15’000 people.

Baba’s vice-presidential candidate and two other senior figures were missing indicating a rift emerging in the NASA party. He said the vice-president would be sworn in at a later date, but declined to give further information on his future plans and said that all would be revealed in due course.

Media outlets had been warned prior to the inauguration they would be taken off air if they covered it. The authorities were true to their word and three of Kenya’s largest broadcasters, NTV, KTN and Citizen TV have been taken off-air until further notice for their plans to show the event. Kenyan journalists are outraged and have demanded “respect of the constitution” whereas the Interior Ministry said in a statement that broadcasting the event was an attempt to “subvert” or “overthrow” the government and “would have led to the deaths of thousands of Kenyans.”

The attorney-general had warned that Odinga could be charged with treason if the event went ahead – this offence can carry the death penalty.

In spite of this the inauguration was a peaceful event, with Kenyans taking to Twitter to express gratitude that the police did not use violence to disperse the crowd, and it was a far cry from events of previous years.

http://www.bbc.co.uk/news/world-africa-42888904
Key events in Kenya since signing of National Accord, Daily Nation
https://www.nation.co.ke/news/politics/Key-events-in-Kenya-since-signing-of-National-Accord-/1064-1115972-format-xhtml-15hab48/index.html