Australian By-Election: There Goes the Majority 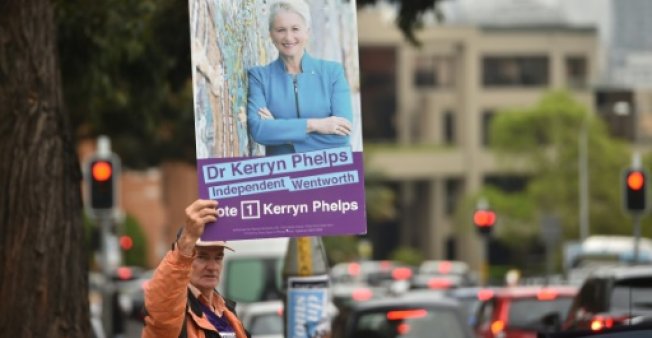 Australian By-Election: There Goes the Majority

The Australian government lost its parliamentary majority in a by-election (a special election in only one constituency, to fill a seat whose MP has died or resigned) on 20 October.

There are 150 seats in the Australian Federal House of Representatives. The government is formed from the Liberal-National Coalition – the two parties are separate electoral organisations but they work together inseparably when forming a government or an opposition. There are now 59 Liberals, including Prime Minister Scott Morrison, and 16 Nationals. Despite the name, the Liberals are the main conservative party in Australia. The opposition now consists of 69 MPs from the Australian Labor Party (ALP), three Independents and three MPs from smaller parties, making parliament tied 75-75. The 2016 election gave the Liberal-National Coalition a very small majority and now it has vanished. 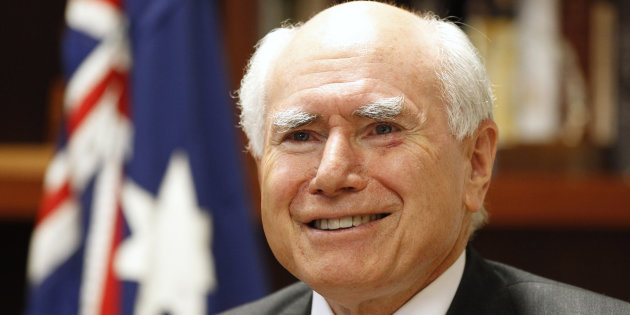 Thrills and ‘spills’ – the revolving door of Australian Prime Ministers

While the two-party system has remained stronger in Australia than in many other countries, Australia has experienced its own form of political volatility. Recent Prime Ministers have served only short terms of office because they tend to be overthrown by their own MPs in what is known in Australian politics as a ‘spill’.

Since long-serving Prime Minister John Howard was defeated in the 2007 election, there have been: Kevin Rudd (2007-09), Julia Gillard (2009-13), Kevin Rudd again (2013), Tony Abbott (2013-15), Malcolm Turnbull (2015-18) and Scott Morrison (2018-). Only in 2013 when Abbott succeeded Rudd has this been the result of an election rather than an internal spill. Australians tell jokes about it, for instance that it must be time to change the battery in your smoke alarm every time there is a new Prime Minister.

Infighting within the Labor government was mostly about personalities. It has been both personal and ideological within the Liberal-National government that has been in office since 2013. Abbott and Morrison are both from the right of the party, while Turnbull is more of a centrist figure in terms of issues that divide Australian politics like economic policy, same sex marriage and climate change. 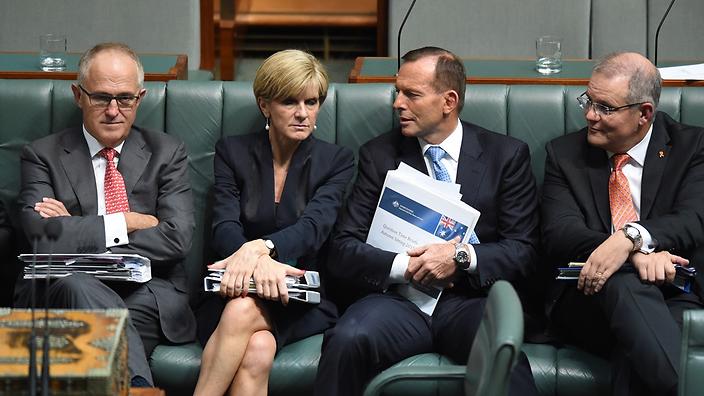 Minister for Communications Malcolm Turnbull, Minister for Foreign Affairs, Prime Minister Tony Abbott and Minister for Social Services Scott Morrison during a division at question time in the House of Representatives at Parliament House in Canberra, Thursday, March 19, 2015.

Turnbull was overthrown by a vote of his parliamentary colleagues in August 2018 and unlike many MPs who stay in parliament and bide their time hoping to be restored to power – as Kevin Rudd was briefly in 2013 – Turnbull stood down from parliament.

The Wentworth constituency vacated by Turnbull is in the east of Sydney, including the area around Bondi Beach, and it had always been a Liberal seat before 2018. But the 20 October by-election was won by an Independent candidate, Kerryn Phelps, who defeated the new Liberal candidate Dave Sharma. Phelps was a well-known candidate as the former President of the Australian Medical Association, a member of Sydney City Council and a campaigner in favour of same sex marriage. She benefited from the unpopularity of the Liberal government and the fear, in socially liberal Sydney, of a more conservative turn under Morrison.

The by-election result makes it difficult for the government to get any business through parliament – it now needs to keep every single backbench MP on board or else seek support from Independents. It is also without a majority in the powerful Senate. The government will not leave office immediately because it still has half the seats and the opposition needs all the independents and small parties to vote together which is practically impossible. An election is due soon anyway because the last election was in July 2016 and the term of office for Australian federal parliaments is only three years; the election needs to come by July 2019 but the Prime Minister can call it for an earlier date if he likes. The result of this by-election will not encourage him to go for it. Australia joins a number of other countries with parliamentary systems – the UK, Sweden and Spain for instance – where governments have weak parliamentary support.

Australian commentators point to several factors that make Prime Ministerial leadership unstable, including the short gap between general elections, the tendency for factions to form within the main parties and the influence of the media – dominated by Rupert Murdoch’s corporations –  that can destabilise Prime Ministers. The Labor Party has introduced a new rule that means that it now needs 60 per cent of MPs, not a majority of 1, to get rid of a leader. Kevin Rudd – who has gained and lost from Labor leadership spills – has urged the Liberals to adopt a similar mechanism to ‘prevent midnight coups’ in future. The verdict from the electors in the Wentworth constituency suggests that it might be a good idea.

Composition of the Senate