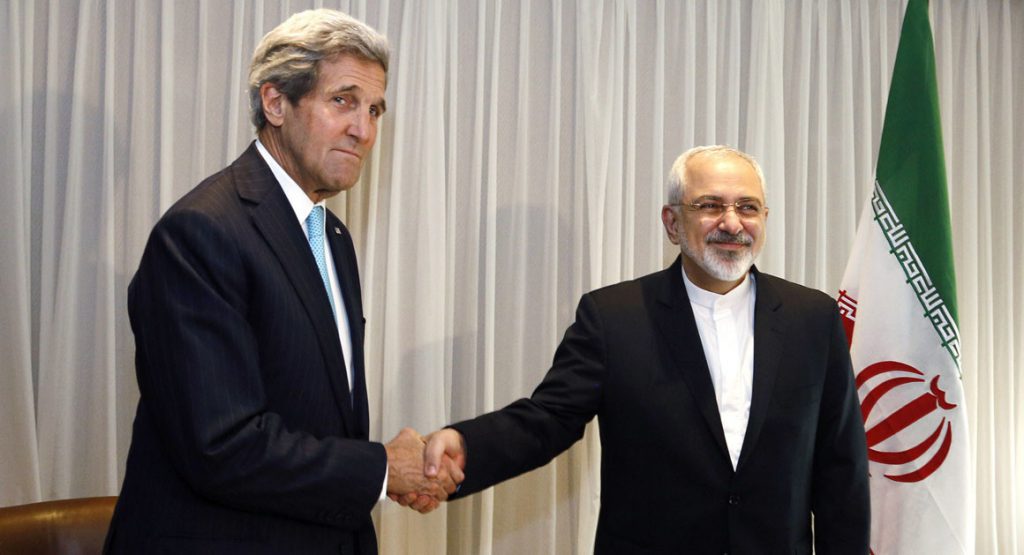 The famous Bush State of the Union address in which Bush refers to Iran, Iraq and North Korea as an ‘axis of evil’.

A leak of information by an Iranian opposition group in the US reveals a map of nuclear facilities in Iran in Arak and Natanz. Said nuclear facilities are said not to be coherence with the Nuclear Proliferation Treaty (NPT) that Iran became a signatory to in July 1968. It is ratified in February 1970, under the then Shah; so before the Islamic Revolution took place in 1979. 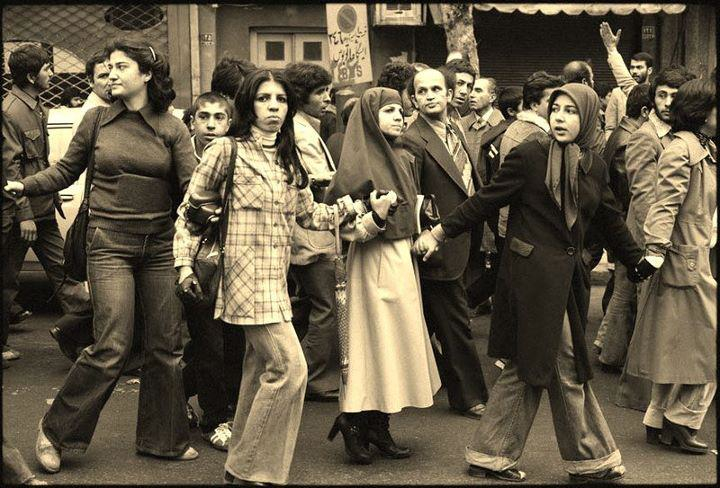 Iran, 1979, before the Islamic Revolution

During this period, as a result of the above leaks, the US had concerns about Iran’s nuclear development for non-peaceful purposes.-

At that time, there were already divisions in society as to whether or not the US should go to war in Iraq to end the regime of Saddam Hussein, which they did in 2003. As such, a strike on Iran was not an option and Iran were well aware of this.

October 2003 was really the first dialogue. The then UK foreign secretary, Jack Straw, (Foreign Secretary under Tony Blair from 2001-2006), met Hassan Rouhani, the now President but at the time, Chief Nuclear Negotiator for Iran. Also in attendance were the French and German Foreign Ministers.

Iran agreed to curb their nuclear activities in exchange for some economic concessions from the EU. This culminated in the Tehran Declaration (2003). It worked for a while, although there were some tensions. By the end of 2003 the deal had almost collapsed and it was followed up with a new one in 2004, the Paris Agreement. In this Agreement, the E3 (the UK, France and Germany), managed to convince Iran to suspend nuclear activities for a further 2 years.

Everything changed in 2005 when the hard line president Mahmoud Ahmadinejad was elected. He replaced Mohammed Khatami, President from 1997-2005. Khatami had been a advocate of liberalisation, reform and improving diplomatic relations with the West and Asia. He served as the President of Iran for two terms.

His successor, Ahmadinejad, also served for two terms (although the second term was contested). Ahmadinejad had no intention of continuing the alliance with the E3. At this time, the US were still not involved. Once in power, Ahmadinejad ensured that Iran resume their nuclear enrichment activities and the Paris Agreement was broken.

It is at this juncture that the E3 decided to bring in the United States. Bush had been re-elected for a second term in January 2004 and was not replaced by Obama until January 2008.

For the reasons above, and the US involvement in Iraq, military strikes in Iran were not an option. The US, under then US Secretary of State, Condoleezza Rice, went for a dual track approach: diplomacy and sanctions. This lasted from 2006 until 2009. 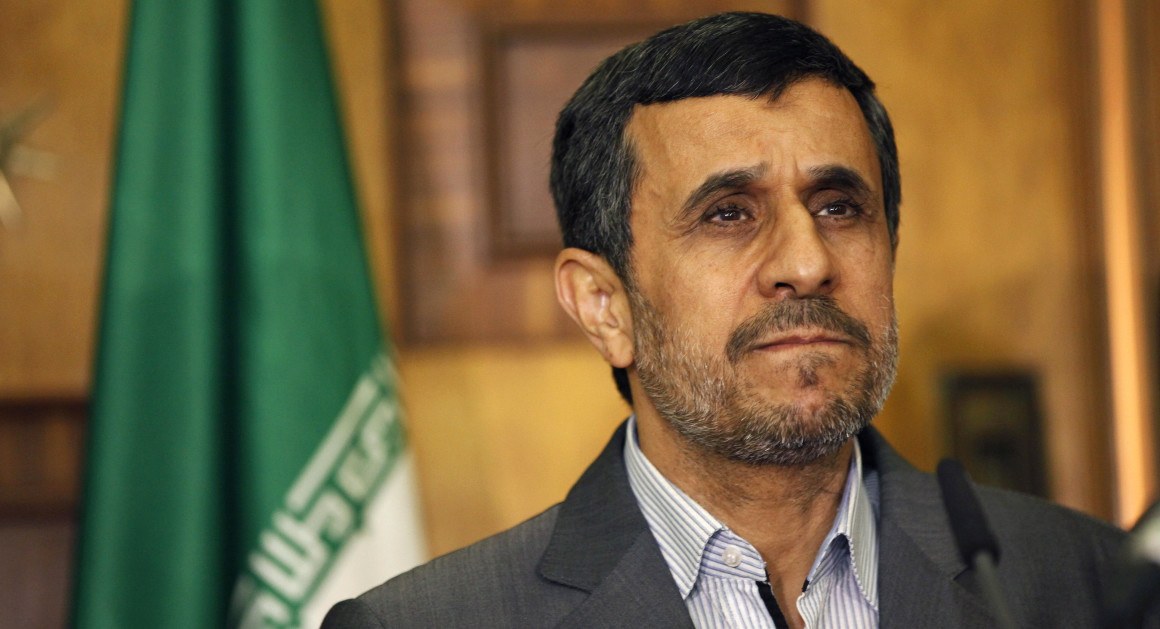 Obama is elected US President and from the outset of his tenure, he extends a hand to Iran.

Ahmadinejad ‘wins’ a second Presidential term in Iran, defeating his reformist opposition. The elections are contested and deemed a fix. This leads to the famed Green Movement Protests that lasted 7 months: from June 2009 (when the ‘results’ of the election were announced), until February 2009. The protests are conducted peacefully but are suppressed violently. Thousands of arrests are made and people are tortured whilst held in prison. Peaceful protesters are killed and there is a great deal of international condemnation. Iran accuse the US of interfering in the domestic unrest.

After the brutal suppression of the protests, it is difficult for Obama to continue to hold out his hand in the same manner. Relations between Iran and the US are strained.

Also in 2009, it was discovered that Iran had built uranium enrichment facilities underground. This meant that they were resilient to strategic air strikes. Breaking point was reached and there was an escalation in the confrontation.

Prior to 2009, the main sanctions that had been imposed on Iran were travel bans and asset freezes. Now, things become much worse. In Israel, Netanyahu is trying to encourage the US to intervene militarily. There are still US troops in Iraq and they did not pull out until December 2011. Furthermore, the Iraq war has cost the Americans a fortune.

To avoid further escalation in a military sense, the EU agreed, with the US, to harshen the sanctions on Iran. 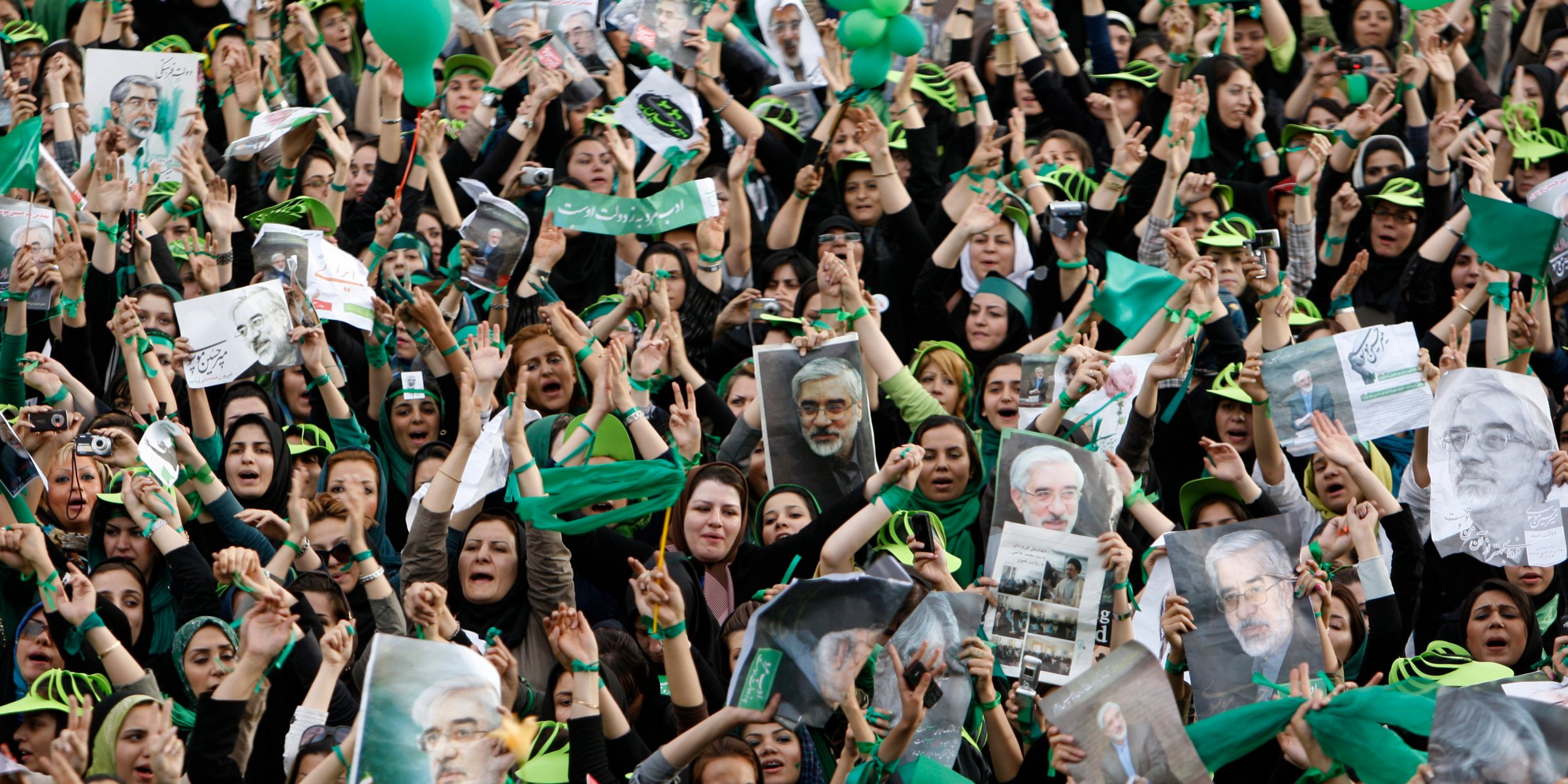 The first United Nations Security Council Resolution targeting the Iranian economy is implemented and it hits Iran where it hurts: the energy sector. For years as a result, Iran were unable to conduct any banking transactions.

Later on in 2012, an oil embargo would also be imposed on Iran by the EU.

At this time, Italy, Spain and Greece were importing about 30% of their oil from Iran. It was massive. Deciding to put on an oil embargo was a political decision that went against Europe’s economic interests. It was done in an effort to avoid a war and an escalation of Iran’s nuclear program.

The Iranian economy was hit badly this time; sanctions before were not that bad. In 2010, there was a collapse of the Iranian GDP and consumer prices increased enormously.

In 2012, the EU went further and an oil embargo was introduced. The Iranian currency lost 50% of its value in the span of a few months.

The 2011 Arab Spring doesn’t really affect Iran; they had had their own ‘revolution’ in 2009 (the Green Movement). The only thing that happened was that Iran had to be careful about intervention in Syria but otherwise they were not really affected.

Hassan Rouhani is elected, having used the nuclear issue as part of his electoral platform. He had said if Iran solved the nuclear issue, they could solve economy. His election to power improved relations with the US and he received international recognition.

In June 2013, the first ever bilateral meeting between Iran and the US since 1979 takes place. Foreign Minister Javad Zarif meets with the then US Secretary of State, John Kerry. There is also a phone call, again the first since 1979, between the US President, Obama, and the Iranian President, Rouhani.

Between January 2014 and 2015, there are long negotiations in Geneva and Vienna.

In July, an agreement is finally reached. It was a huge success for Obama, although the deal was actually twelve years in the making; not two. 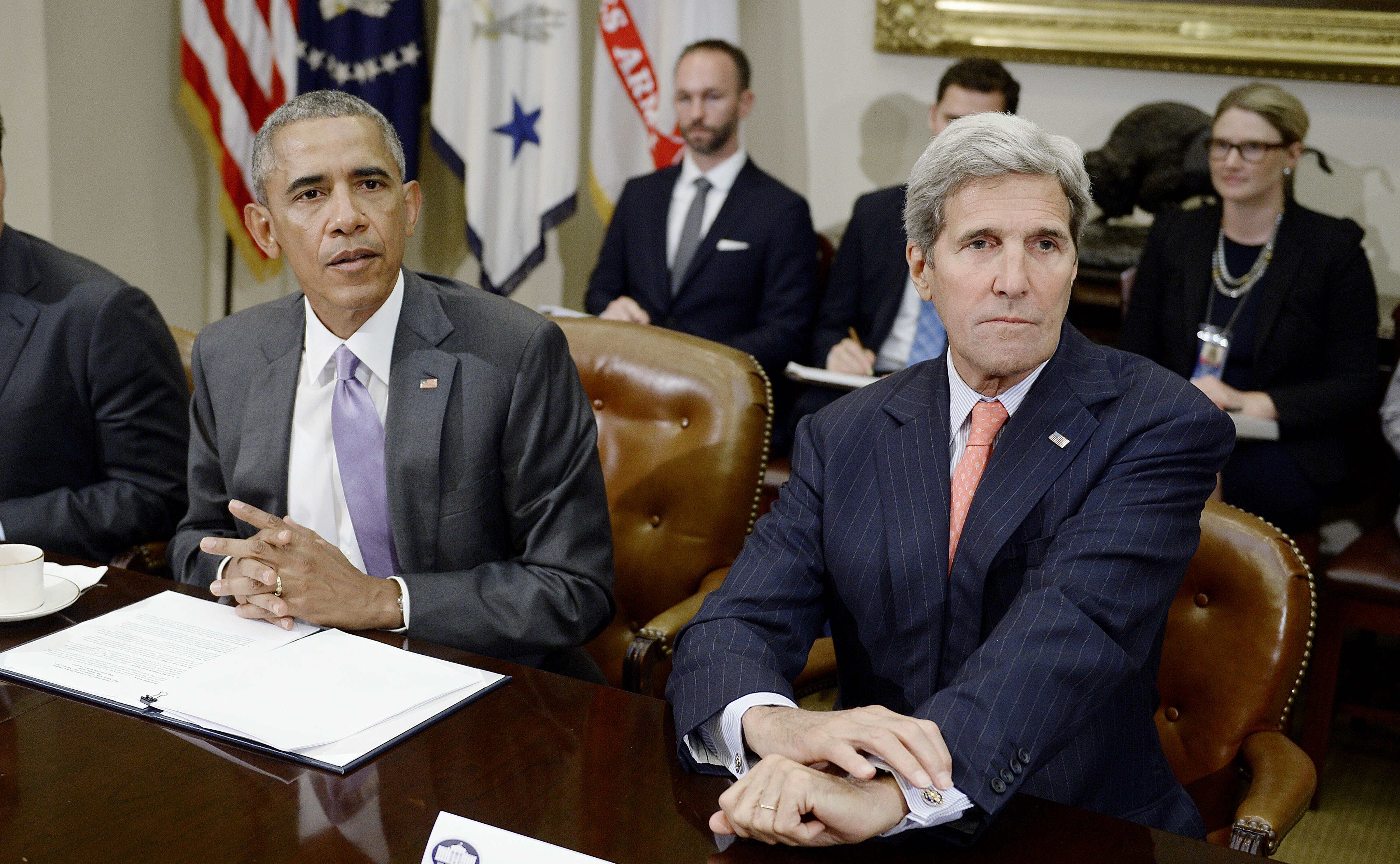 President Barack Obama and Secretary of State John Kerry (R) meet with a small group of veterans and Gold Star Mothers to discuss the Iran nuclear deal in the Roosevelt Room of the White House September 10, 2015 in Washington, DC.

This year, members of the London think tank Chatham House, voted for John Kerry and Mohammad Javad Zarif as winners of their 2016 Chatham House Prize. This prize goes to the most significant contribution to the improvement of international relations for the previous year. It was awarded in recognition of their crucial roles, throughout 2015, in successfully negotiating the historic nuclear deal between Iran and the P5+1 – considered to be one of the most intractable diplomatic stand-offs in international affairs in the 21st century.

I was one of the members who voted in favour.

In January, there was a lifting of sanctions and the deal was implemented.

Some provisions in the deal last ten years and some are due to last longer, fifteen; but core of the deal is supposed to last ten.

What did the deal propose?

That Iran would reduce their number of centrifuges and stop enriching as much uranium, therefore restricting its nuclear program.

Were all the sanctions against Iran removed?

After the deal was implemented, a number of other sanctions against Iran still remained in place; sanctions relating to money laundering, terrorism and human rights, for example.

Only those sanctions that were imposed as a result of Iran violating the Non Proliferation Treaty were lifted. Ballistic missiles weren’t included in the JCPOA.

In January, shortly after his inauguration, President Trump said that the Iran Nuclear Deal was the ‘worst deal ever’. He didn’t rip up the deal but the US have their doubts. Every 90 days, the US needs to say that they will continue to lift their own sanctions or reinstate them, thereby ending the deal.

Up until now, the US has conformed.

Since October 2017 however, Trump has vocalised his reservations.

In January, Trump said the EU have until 12th May 2018 to find a solution to address all the concerns the US have about the deal, or they will reinforce sanctions.

Concerns: Ballistic missiles, inspections and the length of the agreement. The Americans say that the inspections are not heavy enough and should be more intense. Ballistic missules are NOT included in the Agreement. This was done on purpose as otherwise Iran would not have agreed to sign the deal.

Now the debate is on whether the activities Iran has carried out and continues to carry out go against the spirit of the deal. The United States argue that by testing ballistic missiles over the last few months, they have violated the UNSC Resolution.

Europe continue to defend the Agreement. They are trying to find a solution but it needs to address US concerns whilst at the same time, not violate their responsibilities under the deal and keep the Iranians happy. At this stage, there is no Plan B.

European Council on Foreign Relations, ‘Europe should strike a tough pose with Trump on Iran Deal’, 22.3.18:

An Iran Primer by the United States Institute of Peace:

Full text of the Iran Nuclear Deal, The Washington Post, 2015:

K.N. Waltz, “Why Iran Should Get the Bomb. Nuclear Balancing Would Mean Stability,” Foreign Affairs, July/August 2012

S.D. Sagan, “How To Keep the Bomb From Iran,” Foreign Affairs, September/October 2006

E. Eldeman, A. Krepinevich and E. B. Montgomery, “The Dangers of a Nuclear Iran: The Limits of Containment,” Foreign Affairs, Vol. 90, No. 1 (January/February 2011)