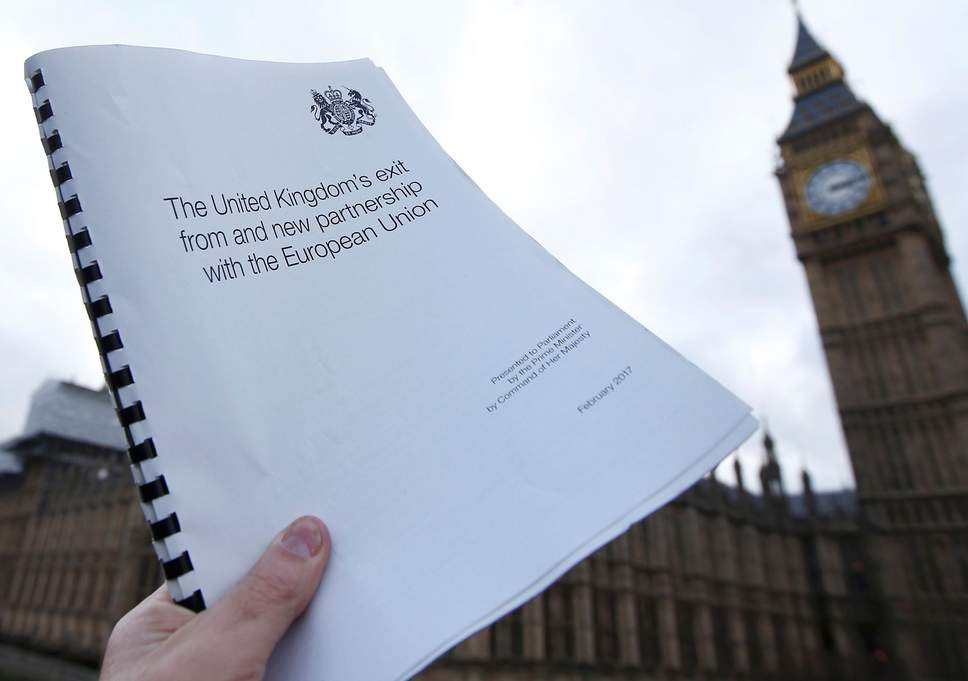 What is a White Paper?

Quaintly named after the colour of its original binding, a ‘White Paper’ is a document that sets out a summary of the Government’s overall approach to an issue, together with the main lines of argument that are likely to lead to policy decisions.

So why the fuss about this one?

On 23rd June 2016 the UK electorate (or those who could and did vote) chose to ‘leave the EU’. Although legally non-binding, this decision had sufficient political force to persuade most of the UK Parliament to begin the process of leaving the European Union.

This isn’t however a decision that can be acted upon without examining the consequences since it involves new legal and economic arrangements to replace those that have developed over the course of the four decades the UK has been a core part of the EU.  Since most of those arrangements have become UK law, they need to be either replaced or removed as part of the process of leaving.

Since the EU naturally wishes to understand what the UK believes it wants, this White Paper is key in that it is supposed to be the document that clearly lays out the principles of that future relationship.

Ordinarily, a UK Government White Paper would be of most interest to the UK Parliament.  In this case, since negotiations impact on the future of the EU and the other 27 nations who will continue in the EU after the UK’s departure, it is their response that is most eagerly awaited.  And we have already seen that other global figures have commented on it, although we are less clear whether they read it first. 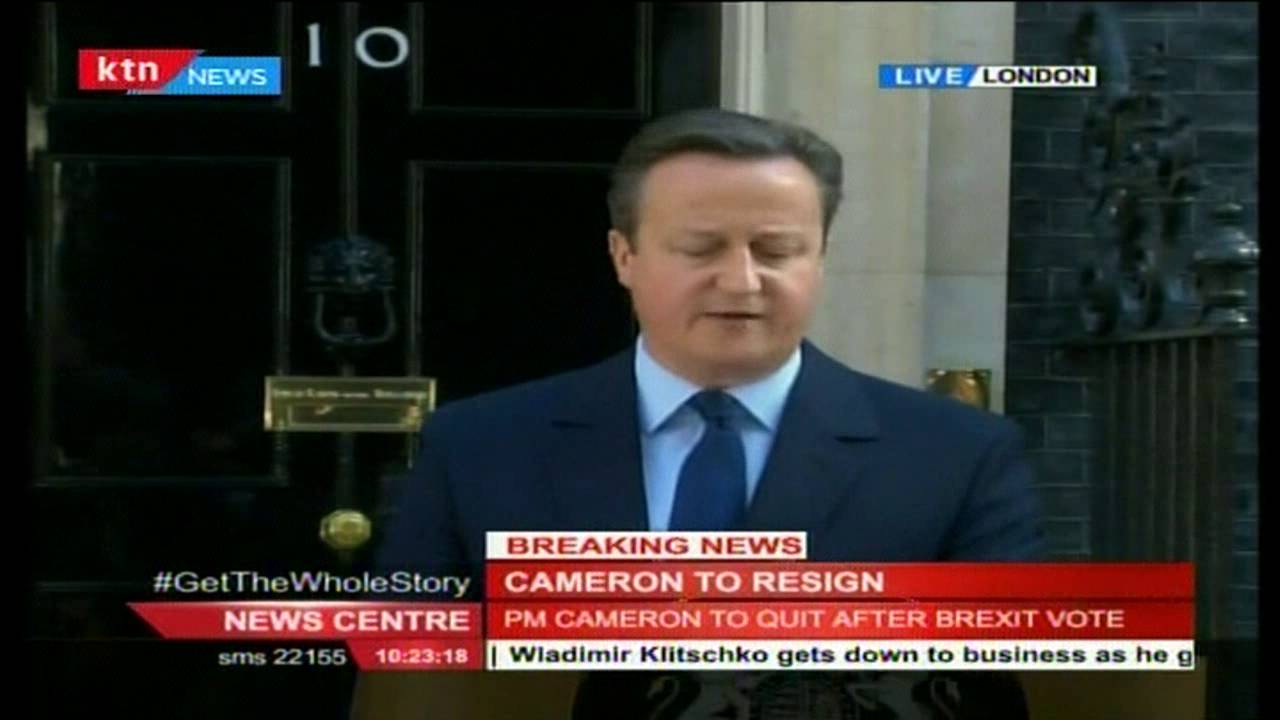 How do European laws affect trade?

In regard to this (enormous) body of legislation, what matters to the EU is:

Much of the purpose of EU law is to help ensure that there is something like a level playing field for trade amongst EU member nations. Creating this level playing field involves legislation in areas such as workers’ rights, health and safety, quality controls, food standards and many other areas that may conflict with the preferred approach of the governments of individual member states. Forget whether all the EU rules are ‘right’ or ‘wrong’: what matters to the EU is that they are rules which create the conditions for fair trade within its borders. If the UK plays by different rules then it may gain an unfair advantage in key areas and the EU would not be doing its job if it permitted this.

And this is where it can become confusing to establish whether the EU is attempting to ‘punish’ the UK or is simply attempting to uphold and enforce the ‘fair’ terms of trade for its remaining 450 million inhabitants. The EU is a balance of rights and obligations. If you refuse to commit to the obligations then you can hardly expect the same rights.

There are ‘soft’ and ‘hard’ varieties of Brexit depending on the trade-off between more trade (with the obligations that involves), i.e. ‘soft’ and more decisions made at the national level (resulting in more barriers to trade), i.e. ‘hard’.

Are the White Paper proposals ‘soft’ or ‘hard’?

The White Paper is an attempt to compromise. Whether that is sensible, or possible, will become the key consideration for the coming weeks and months.

In terms of the goods you buy, it is ‘soft’. The Paper proposes, in effect, that the current and future legislation of the EU relating to how goods are produced and traded will still apply in the UK. This would be by means of a common rule book, but this really means that the UK would continue to adhere not only to those rules they have been a part of creating to date but also to future changes in such rules. If agreed, that would limit the disruption to goods traded across the new UK to EU border, including the border between Northern Ireland (UK) and the Republic of Ireland (EU).

In terms of the service economy, it is ‘hard’. The Paper proposes that the UK should be free to diverge and create its own approach in such areas. It does offer up processes for seeking to maintain some alignment with the EU but these would not, on the basis of what is written, be binding. If agreed, this means there would be barriers to the provision of such services by UK companies and individuals within the EU.

In most other areas, it is ‘softish’ because it attempts to find ways to continue to participate in many  programmes that have developed under the EU, albeit that it does so under arrangements where the UK is a voluntary participant, without voting rights.

Surely this is positive? Isn’t softer better than harder?

Not always. It depends on what you hope to achieve. In the case of Brexit, it depends what you think (or claim) people who voted to leave the EU actually wanted.

The terminology of ‘soft’ and ‘hard’ was made up to help get a sense of the potential economic disruption, for which, at least in the short term, it’s fair to read ‘economic harm’. On an economic basis, a less disruptive departure would seem to fare better.

While this is the overwhelming view, not everyone would agree; even on pure economic considerations. There is an argument that only by encountering a significant realignment; by ditching most commitments to stick with EU rules and by moving to WTO rules, can the UK properly give itself the flexibility needed to strike out on its own.

We’ll return to this below. For now, let’s assume that a softer Brexit is a better or wiser economic choice. 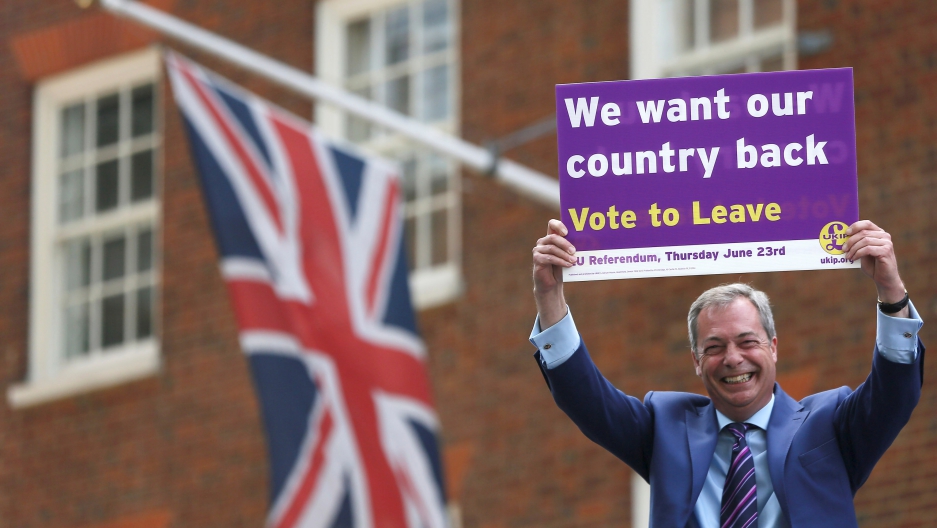 The issue of sovereignty

The real issue is that viewing the decision to leave the EU only in ‘rational’ economic terms is not, for many people, the right way to interpret it. The vast majority of people who feel this way tend to be those who voted to leave. Understanding their point of view may be helpful, even if you ultimately disagree.

The referendum and much of the debate for the last five decades has been most divisive not on matters of economic wellbeing, but with regard to the loss of ‘sovereignty’ that occurs when you accept that other countries’ considerations have a direct impact on your own laws.

The word ‘sovereignty’ is unhelpful here because it has a more precise legalistic meaning and a vaguer and more emotive political meaning. What is meant in this piece is the more political version which translates as something like ‘the power to enact and change laws in any area we choose, where these are laws that suit us in the UK irrespective of the views or opinions of other countries’. During the referendum, this was summed up as ‘Taking back control’.

The reason the longer definition is helpful is that there is arguably no strict legal sense in which the UK lost sovereignty through membership of the EU. Nothing could ever become UK law other than through a mechanism that the UK Parliament had voted into law in the 1972 European Communities Act. So the decision was taken then to accept some constraints on decision making because it was felt that this ‘pooling of sovereignty’ was worth it.

The problem is that, in very many ways, the ‘softer’ the economic exit, the less real control in this sense it involves. And this is because the UK would commit in effect, albeit by its own sovereign choice, to continue to adhere to laws that it cannot directly influence or change.

And this is the irreconcilable conundrum of Brexit.

‘Freedom’ or ‘Freedoms’ but to what end?

For many Brexiters, freedom is the same as the definition of sovereignty above. That is, they feel the only acceptable outcome is for the UK to be entirely free to make and change its laws to suit only its ends. Whether that is possible in a global and interconnected world, or whether it was ever the case in any nation, is worth considering. You have to consider whether you are really free in a meaningful sense if a larger economy can force you to accept rules for a new trading arrangement that you would not have accepted but for that arrangement.

For the EU, the ‘Four Freedoms’ are sacrosanct. These are freedom of movement for goods, capital, services, and workers (or people) within the EU.

For the EU, accepting these four freedoms in full is a condition of being able to benefit from any one of them individually.  You can’t have freedom of goods (one of the UK’s aims) without also signing up for freedom of movement for workers (or people). This was of the single most divisive issues that surfaced in the referendum.

Since it is leaving the EU, the UK no longer has a right to demand that the EU modifies the four freedoms to the potential detriment of their goals and ambitions.

What is means to ‘us’: the emotive argument

How you feel about this conundrum is unlikely to be based on a purely rational calculation, whatever you tell yourself. Your fundamental values are more likely to pull you emotionally and possible in conflicting directions. Your sense of personal and social identity (British versus European for example) is likely to do the same.

However, we can explore what people mean when they talk about sovereignty or freedom by asking how they would like to use that power.

So we might challenge someone seeking a ‘hard’ Brexit whether they intend to diverge from the EU by undoing key areas of employment law, health and safety, food or other standards. We might look at their investment portfolios and work out whether they stand to gain financially as a result of leaving even if nobody else does.

Or we might challenge someone seeking a ‘soft’ Brexit as to whether their intention is to rule out permanently, via a more complex political reality, any option for people in the UK to decide on the numbers of people who are permitted to settle in the UK. We ought to ask whether they in fact seek even closer alignment and a significantly more powerful European Parliament for example and we might question why they believe that political goal is worth pursuing. 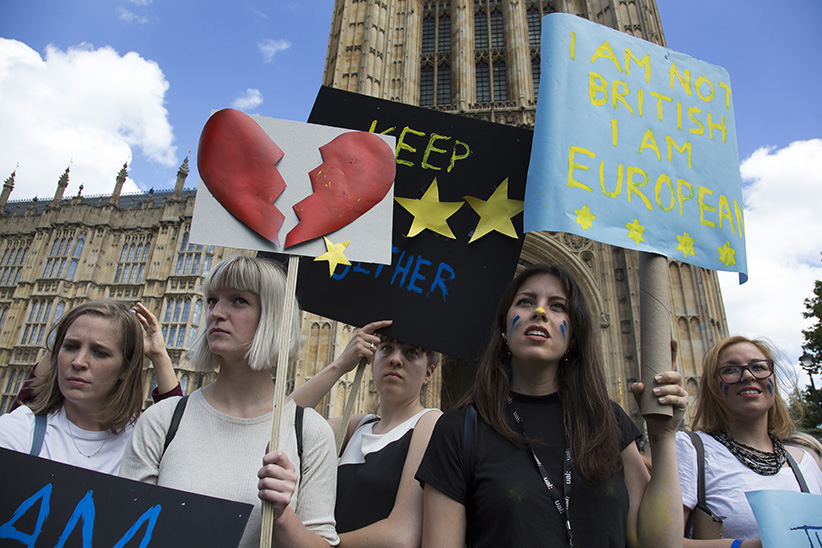 Protesters gather at College Green in Westminster outside the Houses of Parliamant following a Leave vote, also known as Brexit as the EU Referendum in the UK votes to leave the European Union on June 24th 2016 in London.

Will the issue ever be settled to everyone’s satisfaction?

No. Not if by ‘settled’ we mean that everyone will reconcile themselves to the outcome and agree that either a ‘hard’ or ‘soft’ or even no Brexit is the right outcome. Considerations of sovereignty, freedom, identity and related areas pull some people in one direction and others in the opposite.

‘I am not British, I am European’ from June 2016 (Mike Kemp/In Pictures/Getty Images: