UK Politics: And now ladies and gentlemen, for the House of Lords

Home / Articles / UK Politics: And now ladies and gentlemen, for the House of Lords 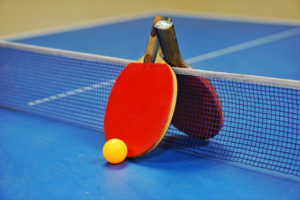 UK Politics: And now ladies and gentlemen, for the House of Lords

What do we care about their rights to remain?  Didn’t we vote to get rid of them anyway?

A cruel way of looking at it but it makes a good heading.  May takes the view that it is unwise to protect the rights of EU citizens living in the UK before the rights of UK citizens living in the EU are guaranteed and is using it is some kind of bargaining chip.  The problem is, some of our European counterparts do not wish to even begin negotiations until she has evoked Article 50 and what the House of Lords are saying is that they do not wish to invoke it at all until they can have some assurances that the rights of EU nationals who have made their home in the UK are considered.  Labour’s Shadow Brexit minister (the conservative one is Lord Bridges), says that these people need to know where they stand now, not in two years time.

May does have a point and she needs to go into negotiations with something up her sleeve, but someone has to take a leap of faith and a bona fide (acting in good faith, from what I remember of contract law) position is a good one to adopt; it surely suggests that there is room to consider both sides.

Is there any sort of political deadline or could this go back and forth forever?

May has given herself a deadline to trigger Article 50 by 31 March 2017, so there is time for a bit of ping-pong between the two chambers before the bill gets sent off to the Queen for signature.  Brexit 24 (link below) suggest that they will be keen to not trigger it on 25 March 2017, as this is the 60th anniversary of the Treaty of Rome when other member states of the European Union will be meeting, in Rome where it all started, to see where things go from here.

25 March 2017 will also see a Unite for Europe march in London.  Campaigners are hoping it will be one of the biggest protest marches seen in Britain and it’s a date worth putting in your diaries.  If the UK can’t be in Rome for the anniversary, we may as well make sure that they can see us.  We haven’t all forgotten the founding principles.

Anything else I can have a look at?

The BBC do quite a good guideline on what the next stages are and you can see it here:

And here are BBC political correspondent Laura Kuenssberg’s thoughts on the matter.  She’s quite a feisty young blonde and always a good one to keep an eye on.  She’s never afraid to ask a tough question, as you will recall when she attended the press conference in Washington between Theresa May and Donald Trump.  No doubt he’ll have barred her from some of his press conferences now, along with the likes of the New York Times, CNN and the Huffington Post.

Oh look.  If you open the following link, I have given you an article from the New York Times that does go into the barring of certain members of the press.  It’s quite interesting.  The New York Times confirms that Trump did in fact bar the BBC from a White House press conference.  Isn’t that a bit, erm, unconstitutional and authoritarian?  Have a look:

Here’s something that I didn’t know before, May’s conservative party do not have a majority in the House of Lords.  I rather thought the House of Lords would be a conservative lot with one or two exceptions to mix things up a bit.  I was wrong.   Bloomberg says that if the two biggest opposition parties join forces, other amendments could be in with a chance too.  Politics is all rather exciting these days.  Whilst both houses legally have to agree before Brexit can formally begin, the House of Lords usually succumb to the will of their big brother down the hall, the democratically elected (unlike them) House of Commons.  I have to say as a Scot, I do have a tendency to veer towards the underdog and I admire the tenacity of the non-elected peers.  Good for them, I say.

I’m off to have a cup of coffee now and have a look at what else is going on in the world.

Here’s what Bloomberg have to say:

Kate Allen in yesterday’s FT on the vote in the House of Lords:

And in the Guardian:

Another interesting article, less recent than the above two (February 2017).  Still worth a look though.  Used it for the featured image too:

60th anniversary of the Treaty of Rome in Rome in March, for which Jean-Claude Juncker has prepared a draft White Paper on how to further strengthen the UK despite the populist onslaught and the departure of the UK:

Comment On UK Politics: And now ladies and gentlemen, for the House of Lords