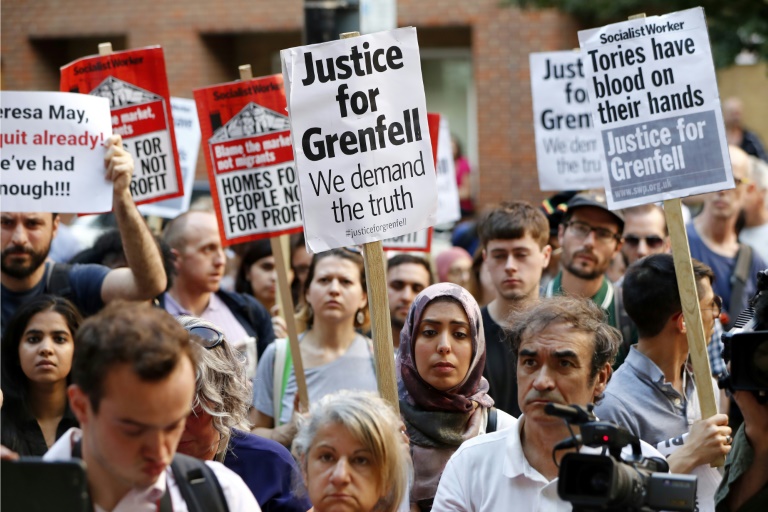 It is ridiculous of anyone to ‘accuse’ people of politicizing the Grenfell disaster.  Politics is inarguably at the centre of it, and those responsible should not be allowed to shirk their responsibility in this situation.

The Grenfell disaster was, as has been revealed by recent examinations of the site, a tragic accident.  However, there are obviously still many factors, chiefly the cladding, which mean that everyone is keen to place blame.  Fingers have been pointed at those who passed the cladding on initial fire tests, those who sold the cladding, those who manufactured the cladding and so on and so forth.  In this inescapable blame game, politicians cannot be free of culpability.  McDonnell is quite right in saying that police and fireman cuts have likely influenced the recent increase in serious crimes and fire-related deaths, particularly evident in the recent terrorist attacks and, of course, in the Grenfell fire.  These events starkly showed how the government cannot afford to cut corners when it comes to our emergency services.

Disregard of the working classes

As further cuts have been made to council housing, it has been found that sixty tower blocks across England face similar risks.  Were the Grenfell disaster guaranteed to be an isolated incident, at least where the cladding was concerned, perhaps politicians could avoid culpability by claiming to not have been involved in the fine details of one tower block across the hundreds throughout the UK, pushing responsibility onto the building companies or the builders themselves.  However, it is not an isolated incident in this respect, and therefore responsibility must be taken for the widespread panic and evacuations we are now seeing, most notably in the Camden area.  As the Conservative governments turned a blind eye to blanket details for affordable housing, many people of the working class now face being left without homes due to longstanding governmental inattentiveness.  Their homes have suddenly been deemed to pose an ‘unacceptable’ fire risk, which begs the question – why was this acceptable before almost eighty people lost their lives and hundreds more lost their livelihoods?  This rising epidemic of evacuations may be the fault of many individuals and organisations, but the Conservative government is inescapably among them for their blatant disregard of quality in affordable housing.

Examining the lead up and response to the Grenfell Tower crisis, how can Tories complain that Labour is politicizing the disaster?  This disaster has been political from the start, highlighted by events such as Theresa May’s awkward visit to the site and the stepping down of the local council.  Perhaps the critique should instead be that the Conservative government is trying to de-politicise the disaster, sidestepping blame by drawing attention to the families left in wrecks with relatives dead and homes lost – families that would not be in this position had their government remembered that they deserve safe housing just as much as their MP’s do.  While first and foremost respect should obviously be paid to the individuals families damaged, those to blame should not escape responsibility as a result of peoples overwhelming grief.  This is not about using the disaster to put one or another political party in a better light, this is about the fundamental failure of the Conservatives to remember that, working class or royalty, everyone deserves to feel safe and secure in their own home.

The Guardian, 25.6.17, ‘Sixty tower blocks across England found to have unsafe cladding’:

2 Comments On UK Politics: In response to John McDonnell – The Grenfell Tower disaster is necessarily political

The following comments have been cut and paste from my facebook page. I think that they make valuable discussion:

Mr Broom: Sorry Sam, but that article really is a very poorly written agenda piece. The continued politicisation by Momentum and their cohort of this tragic event disgusts me to be honest.

Ms Willson in response: As I mentioned in the article Mr. Broom, my point wasn’t so much about Labour (or any political party, for that matter) politicising the issue, but more that it isn’t fair for Conservatives to ask people not to blame them for it. I do agree that it’s been poorly handled by a lot of politicians on the Labour side though, do you have any examples that stick out in the mind where that’s been the case? Would like to look into the issue more and would be happy to re-examine the issue as things progress.\

Mr Broom: Hi Jasmine. Thanks for your response. I’d be very happy to have a dialogue. I do take issue with view that the current Gvt, whatever its political colour, should take ‘blame’ for the tragedy. Yes the current Gvt’s initial response was inept, but blame for the incident, no.

I also challenge the assertion that ‘cuts’ to emergency services had a direct impact. The very same overall Building Regulations regime that is currently, rightly, under scrutiny has been responsible for a very significant fall in call outs of the fire service over the last 20 years. Indeed in this case the response time and efforts of the fire service were both swift and in significant volume. Sadly though they were unable to deal with the disaster as it unfolded due to the designs flaws that are now so clear, but which until 2 weeks ago tragically were not.

Building regulation is a very complex, far reaching subject and issue. New build large housing schemes take years to design and implement and, whilst regulations are regularly updated, by definition whilst any build just completed should be built to the building regulation standard pertaining at that time, changes to regulations are farily regular, thus pretty quickly a fairly new building will be behind the most up to date regulations for new builds. That does not mean that necessarily they are immediately unsafe, however at any subsequent refurbishment, which may be years if not decades into the future, they should be brought up to the standard of that day, or replaced.

Let’s not forget that Grenfell Tower underwent a near £10m refurbishment only just over 2 years ago. Hardly an abandonment of the working class. Again I’m afraid that is part of the rhetoric being used for blatant political gain that I find totally unacceptable.

This, nor any Government now or in the past, sets out to attack the working class, or any part of society for that matter, simply for the sake of it. Now it may be the opinion of many on the left that that is what the Tory’s do, but there are just as many on the right who would argue that Labour policies, far from helping the working people, actually make them more dependent on the state and thus worse off. And that argument will continue long after you or I are pushing up the daisies.

So back to the here and now. You site the Conservative Government’s ‘blatant disregard for the quality of affordable housing’. Other than being a very emotive statement (it is a very emotional time I accept), where is you evidence for this? Let’s look, for example, at the Camden towers that have been evacuated. They are mostly social housing. They were refurbished pre 2010, by a Labour run local council who presumably believed in good faith that they were meeting the building control requirements, as K&C will have done with Grenfell. At the time the council would rightly have lauded (and publicized) the investment in social housing that they were making. But then the building control department that signed off the cladding was a department of that very same Council. So should we be blaming Labour for that errata as at both local and national level at that time they were in charge? I don’t hear those on the left rushing to offer any such critique. But what’s the political difference? What if one of those towers had gone up instead? What would the reaction from the left have been? VERY different I can guarantee you..

So what would I like to see?
The swift conclusion to the process of testing the cladding. I imagine that this could take another month or so.
A review of stair layouts in older blocks.
An urgent study into sprinkler systems (however they can’t always be retrofitted due to the build systems of the buildings under consideration)
An overhaul of the Building Control regime AND inspectorate: I’m a Chartered Surveyor and builder and I’m horrified by how hopeless most of the Council employed teams are. We now pretty well only use private consultancies as their quality and knowledge, sadly, is far superior.

Note from Sam Sharp: ALL of these opinions are valuable and for me, the most important thing is that the argument has been furthered and horizons widened. What it’s ALL about.