UK/EU Politics: May has sprung early in the House of Lords

Home / Articles / UK/EU Politics: May has sprung early in the House of Lords 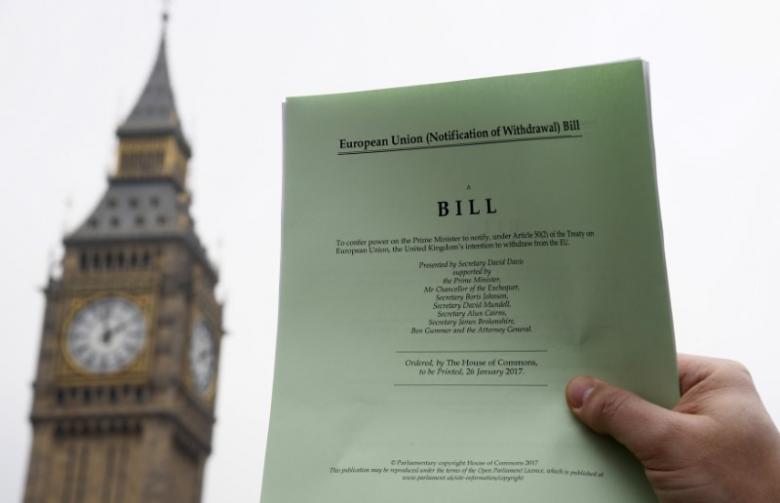 UK/EU Politics: May has sprung early in the House of Lords

En route to work the other day after dropping my son off at school, I was listening in the car to the Today program on Radio 4.  Speaking on the program were BBC documentary maker Michael Cockerell and Times journalist Rachel Sylvester.  Mr Cockerell made a series of 4 programs over the course of a year in 2015 for the BBC on the inside goings on at the House of Commons.  Ms Sylvester is married to the journalist and former political editor of the Guardian newspaper, Patrick Wintour and yes, if you recognise that name, you would be right: he is the brother of US Vogue editor, Anna Wintour.  Ms Sylvester won the Association of Political Studies ‘Journalist of the Year’ award last year; an accolade largely credited to her interview with Andrea Leadsom, the MP who pulled out of the Conservative party leadership race last July.

Both journalists were there to offer their insights on Theresa May’s decision to attend the House of Lords debate on the Brexit Bill.  May has said she wants to trigger the Brexit process by the end of March, starting a two-year legal journey which will see the UK finally leave the EU by 2019.

What did Mr Cockerell say?

I was quite impressed with Mr Cockerell.  He seemed to have a vast amount of historical knowledge of what goes on in politics.  On googling him, I found him to be an older gentleman; not surprising given the depth of his professional expertise.  Cockerell started by pointing out that Prime Ministers are not known to visit the House of Lords. An exception to this is during the state opening of Parliament where the Queen turns up, gives a little speech, then leaves.  The whole thing is televised.

He then went on to cite the following other examples:

In June 1947, Clement Attlee went to the House of Lords to hear discussions on the  Independence of India bill.  Apparently he stood at the back, a little less conspicuously then Theresa May, who decided to posit herself at the foot of the Queen’s throne when she attended on Monday.

Cockerell said that May was undoubtedly using her presence as a political statement.  The Bill is very important to her: she took on the role of Prime Minister following David Cameron’s resignation fully aware of what lay ahead.

What did Ms Sylvester say?

Ms Sylvester made the following comments: that May was very good at the iconography of politics and knows what makes it onto the news; this is exactly what she did when she took Donald  Trump’s hand at the White House.  She was also sending strong signals to those in the House of Lords that she is serious and that there was no point in ‘mucking about’ with the Bill.  The Lords could try to amend it but it wouldn’t work.  She did join in on other bits of the conversation but these were her salient points.

Comments from other journalists expressed on Radio 4:

The Daily Mail were sure that they saw her ‘swish her tail from time to time’.

And the sentiment in the House of Lords?

They won’t try to overturn it: the MP’s have voted.  The House of Lords are fully aware that they are not an elected Chamber.  The people voiced their wish to leave in the Referendum and that wish must be implemented, irrespective of whether or not it is legally binding.  Whilst there may have been a ‘weary acceptance that the Lords should not ultimately try to frustrate the will of the people’ (FT, 20.1.17), it is clear that there is a genuine concern that they have a ‘national duty’ to amend the bill in whichever way/s that they may see fit (Radio 4).

What are the main concerns of the House of Lords?

Neither of these proposed amendments have been granted by the MPs in the Commons.

Did William Hague have to say on the matter? He’s a member of the House of Lords, isn’t he?

The former Conservative Foreign Secretary had supported staying in Europe.  Nonetheless, he said that any attempt to reverse the result ‘would not be in the interests of our democracy and the governance of our country’ (FT, 20.1.17).  He  attacked Tony Blair’s plea last week to Remain voters to rise up in protest.

What is the next stage?

The debate on the Bill has now passed; two days were allocated for it: Monday and Tuesday of this week.  May put in her appearance on the first day.  The amendments issue surfaces next week.

Can the House of Lords really do anything to stop it?

Successive governments in the past have been able to make changes or create delays.  In 1909, the House of Lords threw out the proposed People’s Budget in which the rich were to be taxed to fund social welfare programs.  They were going to amend it hastily but they didn’t and in 1910 it became law.  You can read a bit more about that here:

In 1999 under Tony Blair’s government, an Act was passed in Parliament abolishing hereditary peerages.  In fact, the House of Lords voted in favour of it: 221/82.  It ping pong’d around both Houses three times (far less, I can imagine, than the Affordable Care Act did in the United States: that went back and forth between the Senate and the House of Representatives several times).

There is a bit more background on what the House of Lords does and the 1999 Act here:

Other useful quotes/comments on May’s visit to the House of Lords:

For the avoidance of doubt, Theresa May added: ‘[The bill] was not amended [in the House of Commons]. I hope that the House of Lords will pay attention to that.

Conservative Baroness Natalie Evans, leader of the House of Lords, opened proceedings saying that the House passed a bill to deliver a referendum without placing conditions on the result.  Her words: ‘On 23 June 2016, the British people delivered their verdict. My Lords, this bill is no about revisiting that debate’.

Baroness Angela Smith, leader of the opposition in the Lords, promised not to “block wreck or sabotage the legislation before us”, but confirmed that the 202-strong Labour peers would seek to amend the Bill.

Lord Dick Newby, Leader of the Liberal Democrats in the House of Lords, branded the government’s approach to Brexit as “nothing short of disastrous”.  His words: ‘For those of us for whom Europe has been a central theme of our entire political lives, to sit on our hands in these circumstances is both unthinkable and unconscionable’.

Where are we now?

For matters of time and because I have many other articles to finish off today before returning to my son’s school to get him, I have taken the following directly from Tuesday’s online article in the Express.  I have chosen this for its simplicity and whilst they may not be my own words, the content is fully accurate:

‘Pro-EU peers will attempt amend the bill, leading to a series of votes, during the committee stage on Monday February 27 and Wednesday March 1.

There could then be further votes as peers scrutinise the bill during the the report stage and third reading on Tuesday March 7.

If peers vote to amend the bill, then it will return to Commons where MPs will have to either accept or reject the changes.

In the event of disagreement, the bill can keep moving back and forth between the Houses – a process known as ‘ping-ponging’.

The Government wants the the Lords to approve the Brexit bill well before the end of March so that it can trigger Article 50.

The use of Article 50 starts the timer on two years of Brexit talks, meaning that Britain would have to leave the EU in 2019′.

Parliament information on the House of Lords Act of 1999 that removed hereditary peerages:

More information on the BBC documentary ‘Inside the Commons’ made by Cockerell:

Telegraph article, 21.2.17, on May’s appearance in the House of Lords:

Reactions to May’s appearance in the House of Lords:

Huffington Post, UK’s article on May’s appearance.  It also has a little video at the end showing the snippets of the vote in the House of Commons to trigger Art. 50:

IB Times article with good quotes from members of House of Lords on their role in voting to trigger Article 50.  Gives a good summary in easy to read table format at the end on Theresa May’s 12 Point Brexit plan:

Express article saying what happens next: