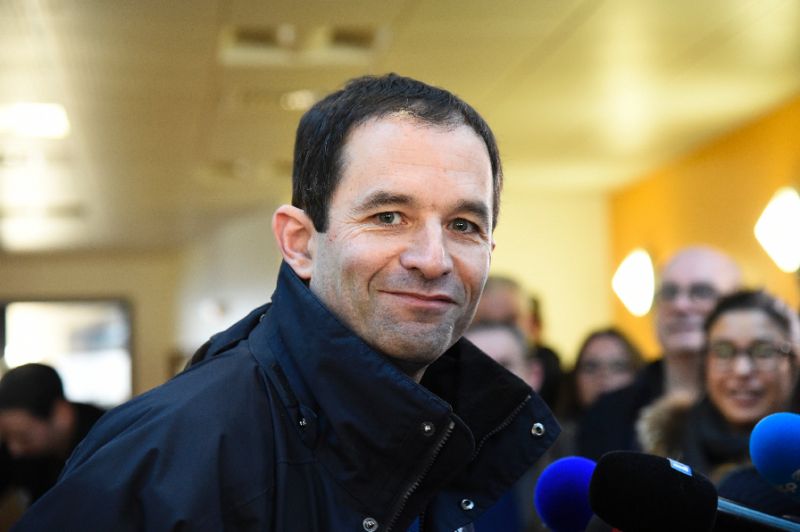 As of yesterday’s election in France, Benoit Hamon (49), former junior finance minister in Hollande’s government from 2012-2014, has emerged as the favourite to take on the role of representing the French Socialist Party as their Presidential nominee.

In 2014 he was promoted to Education Minster but left/was sacked by Hollande for disagreeing with his financial policies saying that they were ‘too liberal’ (IB Article below).

Valls came second and Arnaud Montebourg (54) took 3rd place.  The run off will be next Sunday.  Montebourg has said that his support goes to Hamon whose name, no matter how hard I try, keeps reminding me of the Spanish ham.

Hamon takes an extreme left position as opposed to Fillon’s conservative right stance.  The IB article below refers to him as the ‘French Jeremy Corbyn’.  Some of his proposals include legalising cannabis and increasing social security benefits for everyone over the age of 18, regardless of employment status. This would involve a higher tax on the wealthy (many of whom are Fillon fans).

‘Jamon’ (I mean Hamon),  has emerged as the favourite after the final Socialist Party TV debate on 19th January; now he and Valls face a head to head debate which will be broadcast this Wednesday, for those of you who can understand it …

Irrespective of who wins, it is unlikely, in my opinion, that it will matter.  Fillon and Le Pen still lead in the polls with Macron in 3rd position.  If Hamon does succeed, this will make it more likely that Fillon will win the French Presidency as he will be able to lure those from the centre ground who are less keen to vote for the extremes of Le Pen or the less established Macron.