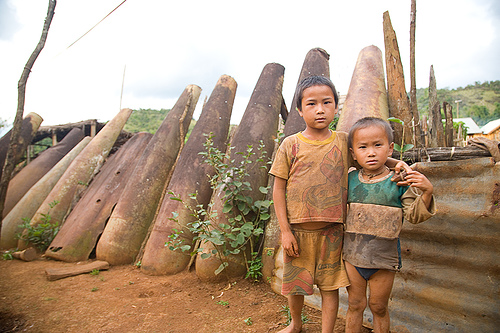 UXO is an acronym for Unexploded Ordnance, i.e. weapons that were deployed during a war which have not detonated.

Laos is in South East Asia, west of and inland from Vietnam and north of Cambodia. Its current population is a bit short of 7 million people. It is a poor and mostly rural country, with low national income per head, bad infrastructure and poor health. 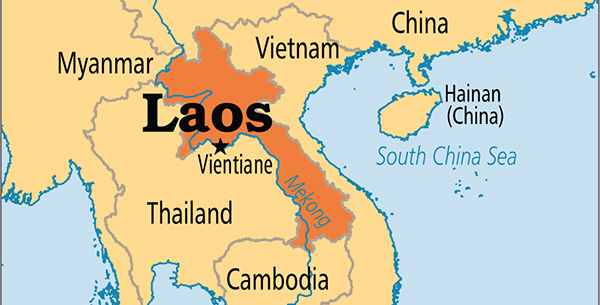 Why were bombs dropped on Laos in the first place?

The UXO in Laos was generated by the American war in Vietnam (1964-73). Most of it was dropped in the later stages of this war, in the early 1970s. The Americans were trying to stop the communist regime in North Vietnam from aiding the rebel Viet Cong in South Vietnam; this aid was flowing along the many branches of the Ho Chi Minh Trail which led through eastern Laos and eastern Cambodia to the core area of South Vietnam near Saigon. There was also a communist rebel organisation in Laos, the Pathet Lao, whose main bases were in the area and the Americans also intended to disrupt their activities through the bombing. Another factor was that Laos was under the flight path of bombers returning to Saigon from raids over North Vietnam; there were forms to fill in when crews returned without having dropped all their bombs and rather than face this annoyance the bombs were dumped over Laos. 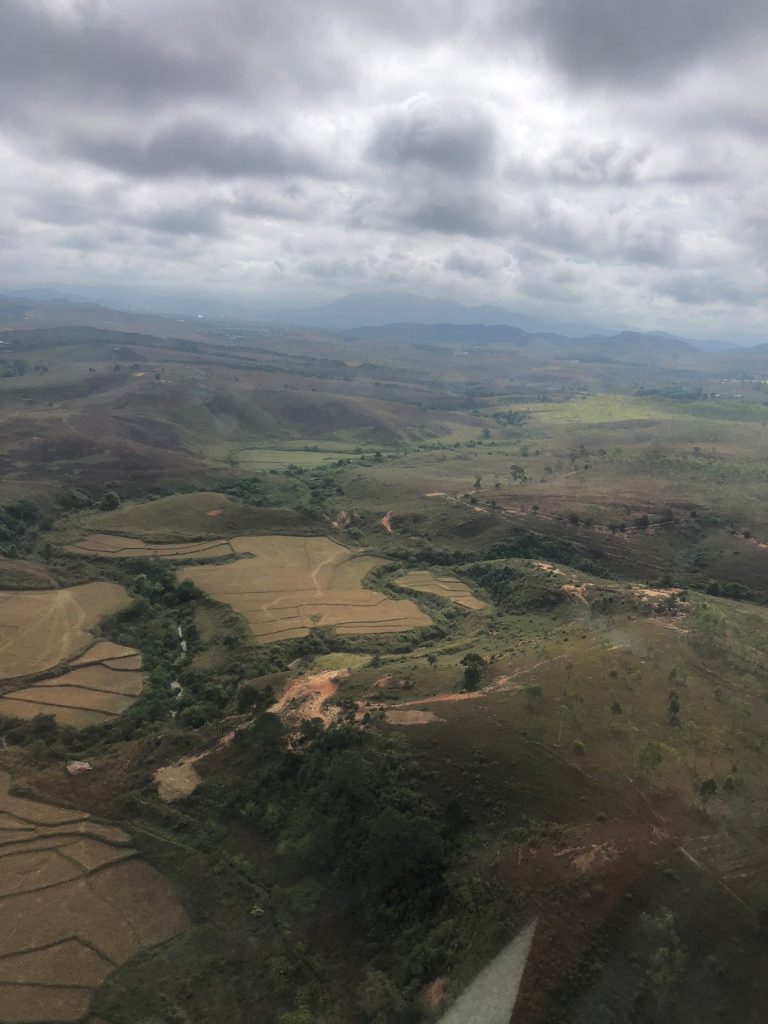 The bombing of Laos, Cambodia and North Vietnam was exceptionally heavy. More than twice the total bomb load dropped in the whole of the Second World War was unloaded upon this region and Laos alone had two million tons of bombs dropped on it. Laos had a population of around 3 million people in 1970 and there are credible estimates that 350,000 people were killed in the US bombing campaign – more than 10 per cent of the national population and much more in the affected areas. The US administration at the time kept the bombing campaign secret from the American public. 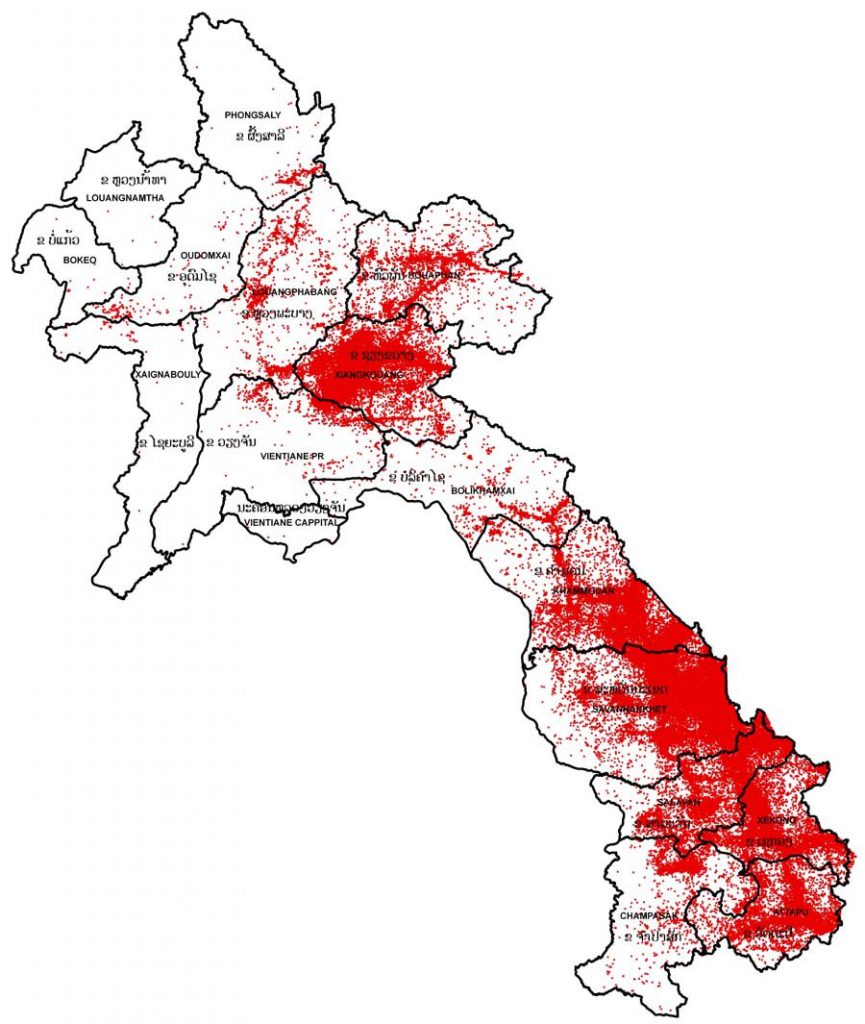 Why did so many bombs fail to explode?

The aerial campaign involved enormous B-52 bomber planes dropping large tonnages of bombs from a great height – 40-50,000 feet which is higher than standard commercial airliners in mid-flight – on sparsely populated rural areas. Most of the munitions used were cluster bombs, i.e. bombs that emerge from the plane as one unit but which fragment when they get closer to ground level and scatter 670 high-explosive ‘bombies’ all over the land, each of which hurls about 300 fragments the size of ball-bearings into the immediate vicinity. About 30 per cent of the bombies failed to explode. Some of the bombs had been poorly constructed, but others were dropped from too low an altitude and therefore failed to complete the explosive process. 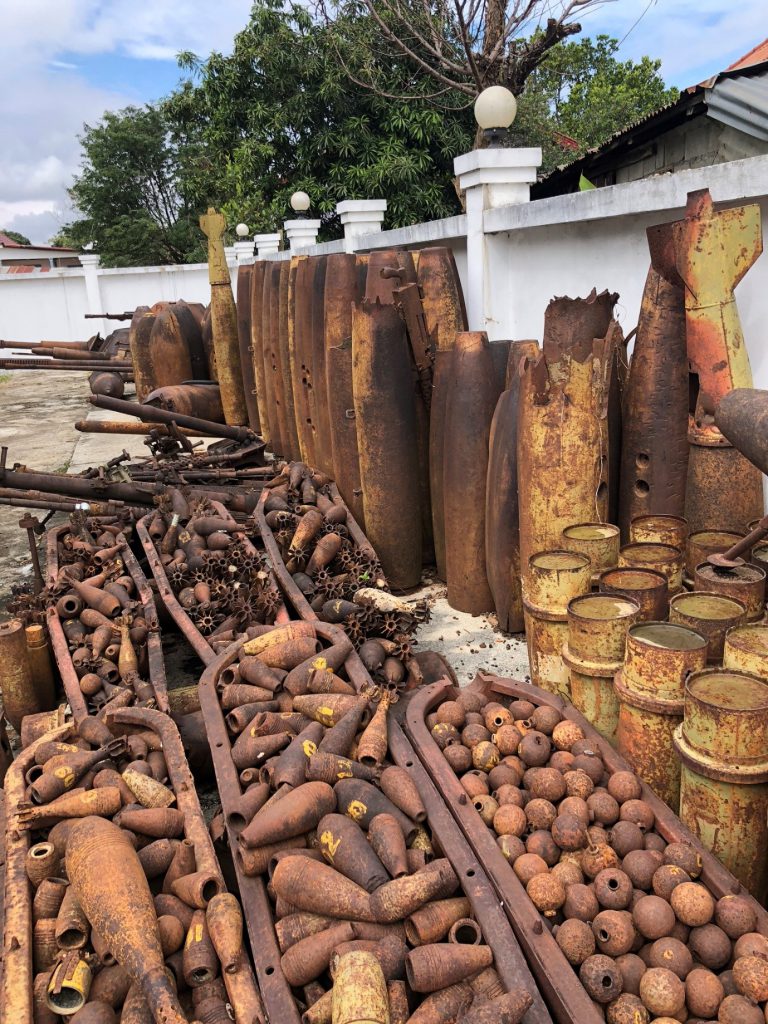 Ordnance collection at a museum in Phonsavan, Laos

What problems does UXO cause in Laos now?

Laos is still suffering the consequences of the bombardment, fifty years later. While some UXO has degraded and is no longer at risk of exploding, much of it is unstable and will blow up if people disturb it. This often happens when farmers plough fields or construction workers dig roads or foundations for buildings. Sometimes children find the bombies and play with them – they are metal spheres about the size of tennis balls.

Areas that are heavily contaminated are unsafe to use for farming or housing and have to be left unproductive.

As well as causing death, UXO detonations frequently blow people’s legs off, particularly if they are encountered during ploughing. In a country without much health care or welfare support, such injuries mean that the victim is often no longer able to work and needs to be supported by their family. This makes it much harder for the Lao economy to develop in high-UXO areas.

Poverty means that people sometimes take their lives in their hands and actually try to harvest the UXO because metal prices are high and the income from metal trading is better than from farming – provided that getting hold of the metal does not kill you or blow off your arm.

North eastern Laos is a beautiful and mysterious region. It has a unique archaeological feature, the Plain of Jars, consisting of large stone urns that are scattered in groups across the landscape. Some of them were shattered by explosions during the American war, and some are inaccessible because of UXO. Lack of development also means that it is difficult for visitors to reach the Plain of Jars. 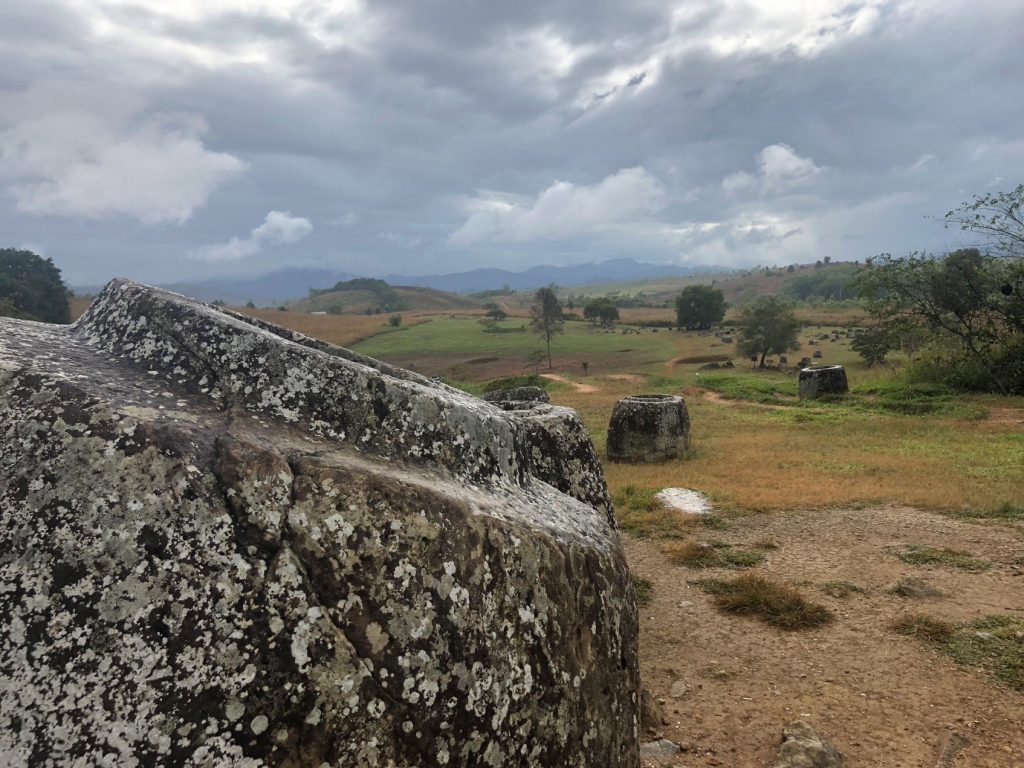 What is being done?

Since 1994 a non-governmental organisation (NGO) called the Mines Advisory Group (MAG) has been at work clearing up UXO in Laos. The scale of the task is monumental, but progress is being made steadily. The MAG’s direct action cleared 4.7 million square metres in 2017 and destroyed 12,932 items of UXO. It also sponsors education about the risks, aimed at deterring people from playing with bombies or trying to recover and sell metal from UXO, and has visitor centres in Vientiane (the capital of Laos) and Phonsavan (the main town in the Plain of Jars region) to educate local people and foreign visitors. 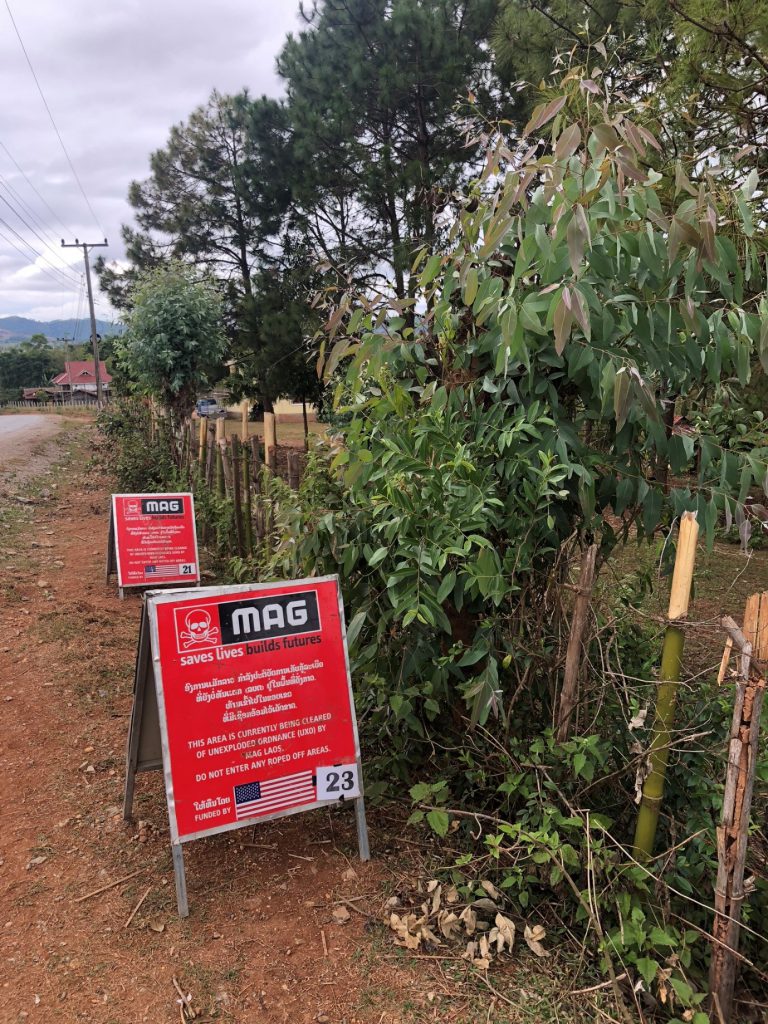 The work of the MAG is supported by the foreign aid departments of several countries including Norway, New Zealand, the United Kingdom and – as is entirely proper – the United States. It is also supported by donations from private foundations and individuals.

You can see more about the bombing and the MAG by watching the film Bomb Harvest, which is a fascinating and terrifying insight into the problem and also a story of decent, skilled people trying to do something good for their fellow human beings. https://www.youtube.com/watch?v=vk6RWpCcrjI

You can do something to help by getting involved with the MAG https://www.maginternational.org/how-to-help/join-movement/  or funding some work to clear up UXO (bombies or mines) through a mechanism such as Good Gifts (https://www.goodgifts.org/catalogsearch/result/?q=mines&submit=Go and https://www.goodgifts.org/catalogsearch/result/?q=bombs&submit=Go) . Your Christmas gift can make a huge difference to people who are still suffering from its effects years and decades after wars have been won and lost.

Government of Laos information about UXO